The council of Tripoli had earlier approved the establishment of the parking lot in place of the Serail, which is bringing anger to the city. 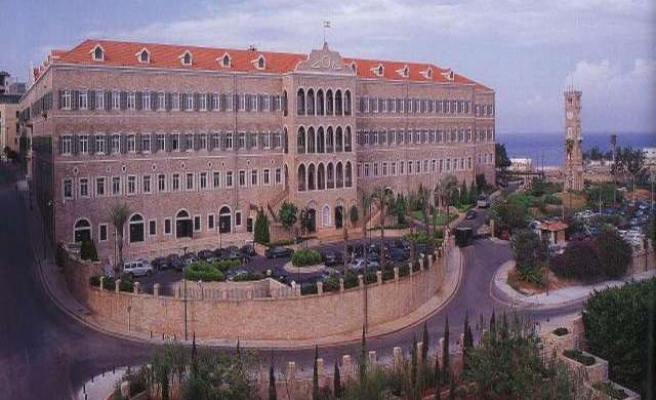 The council of Tripoli had earlier approved the establishment of the parking lot in place of the Serail, which is bringing anger to the city.

More than 300 people gathered outside the council of the city to protest against the decision and the failure of the council to revive the Ottoman building.

Khaled Tadmori, the council's head of monuments and heritage, said the council had reconsidered its initial decision to revive the Serail because of the presence of political pressure from former Lebanese Prime Minister Saad al-Hariri.

"This pressure will not, however, scare the residents of the city away from protesting against the construction of the parking lot," Tadmori told The Anadolu Agency.

Tadmori said the presence of the parking lot would cause pollution and also harm Tripoli's image.

Last week, the municipal council of Tripoli said it hoped that Turkey would build a culture center in place of the Ottoman Serail.

A council official said some council members had visited Turkish Ambassador to Lebanon Inan Ozyildiz and presented him with a request in this regard.

Nevertheless, a council source said al-Hariri asked a council delegation that met him a few days ago not to pursue the demand for Turkey to build the culture center and go ahead with the plan to build the parking lot instead.

The source said al-Hariri told the members of the council delegation that the Turkish government would most likely not agree to building the center in place of the Ottoman building.

AA could not immediately obtain comments from al-Hariri on these claims.