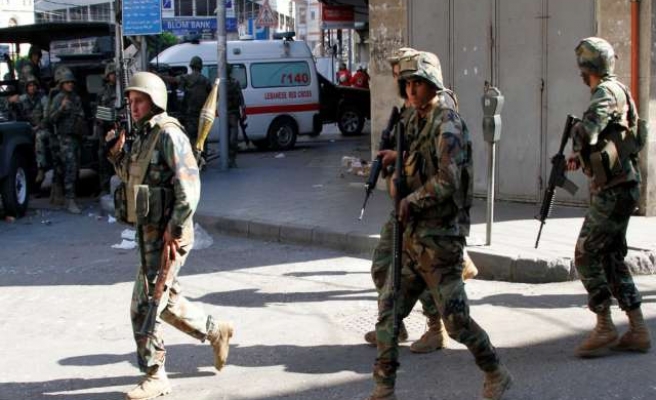 World Bulletin/News Desk
The Lebanese army on Sunday arrested five people - including a scholar mediating the release of several troops captured by militants groups fighting in Syria - in the eastern border town of Arsal, a security source said.

"The army had intercepted Hossam al-Ghali, a member of Lebanon Muslim Scholars Authority [an independent union of Sunni Muslim scholars] who was on his way to meet members of the Al-Nusra Front," the source told The Anadolu Agency.

"He was arrested along with four others, some of them had guns and an explosive belt," he added.

A source of the scholars' body, meanwhile, said the people arrested with al-Ghali were Syrians escorting him to meet Al-Nusra Front members.

Al-Ghali was reportedly seeking assurance from the militant group that none of the captured Lebanese army personnel would be killed.

Several Lebanese army personnel were captured in early September during clashes with militant groups in Arsal – on the border with neighboring Syria.

The clashes erupted after Lebanese authorities had arrested some Sunni figures said to be close to or associated with militant groups fighting against the regime of Syrian President Bashar al-Assad and allied troops from the Shiite Lebanese Hezbollah group.

The militants had killed several Lebanese soldiers in the past weeks, citing the failure of Beirut to meet their demands, which include the release of Islamist figures in Lebanese jails and the withdrawal of Hezbollah fighters from Syria.

The Lebanese army confirmed, meanwhile, arresting five people inside a car near Arsal.

It said troops had recovered an explosive belt, two hand grenades, three rifles, four pistols and ammunitions from the vehicle.