Lebanese security service's statement says arestees had confessed to charges against them, admitting they had gathered information on individuals and security and military targets 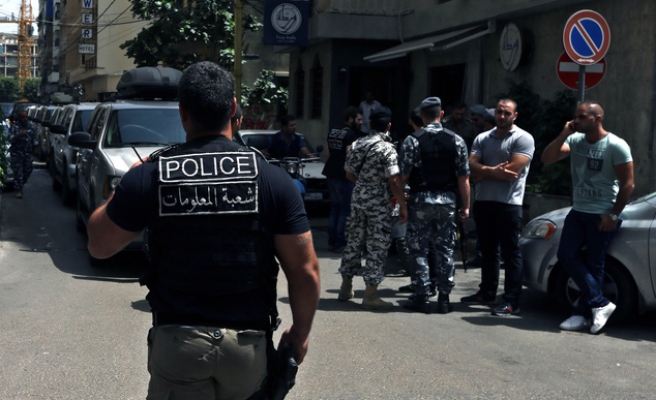 Lebanese authorities said Sunday they had arrested two Lebanese nationals and a Syrian on allegations of spying for Israel.

"In the framework of pursuing operations to combat terrorism and espionage... the directorate of General Security arrested a spy network working for the Israeli enemy in the south (of Lebanon)," the security service said in a statement.

The statement said the three arrested were a Syrian man, his Lebanese wife, and a Lebanese man. The three were identified only by their initials.

There were no details on exactly when or where the three were detained.

The statement said the three had confessed to the charges against them, admitting they had gathered information on individuals and security and military targets.

The three also allegedly filmed "sensitive" roads and other areas in southern Lebanon "and sent the footage to their employers to be used in later attacks."

Lebanon and Israel remain technically in a state of war, with occasional skirmishes on the ceasefire line between the two.

In 2006, Lebanon's Shiite Hezbollah movement fought a month-long war with the Jewish state that devastated parts of Lebanon.

That conflict killed more than 1,200 people in Lebanon, mostly civilians, and some 160 Israelis, most of them soldiers.

Between April 2009 and 2014, Lebanese authorities detained more than 100 people accused of spying for Israel, most of them army members or telecommunications employees.

But more recently, such arrests have been rare.