A Lebanese prosecutor on Saturday charged a third state telecommunications employee with spying for Israel in a widening scandal rattling the country. 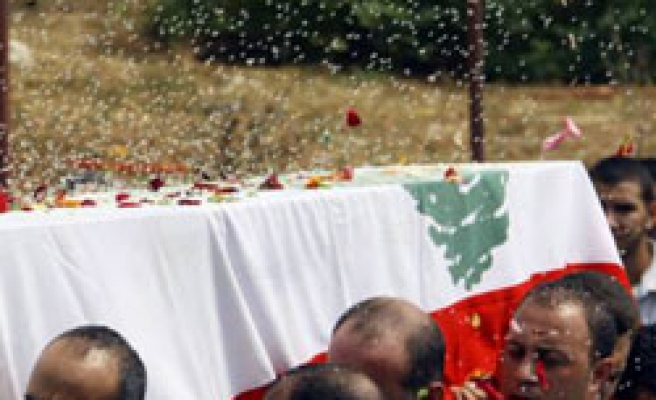 A Lebanese prosecutor on Saturday charged a third state telecommunications employee with spying for Israel in a widening scandal rattling the country.

Judge Sakr Sakr accused Milad Eid of "dealing with the Israeli enemy..., giving them technical information in his position as head of international communications at the Telecommunications Ministry", according to judicial sources.

Eid was also charged with meeting Israeli officers in several places outside Lebanon. If convicted, Eid, who was employed at the state-owned fixed-line operator Ogero, would face the death penalty.

Two employees working for state-owned mobile telecom firm Alfa were earlier charged with espionage for Israel, in arrests that have sparked debate on how deeply Israel had infiltrated Lebanon's telecom and security sectors.

Lebanese President Michel Suleiman has called for severe punishment for spies and said if a death sentence is submitted to him for approval, he will sign it. Two other Lebanese have been sentenced to death for spying for the Jewish state.

Lebanon began a wave of arrests last year as part of an espionage investigation in which dozens of people have been arrested on suspicion of spying for Israel. More than 20 people have been formally charged.

A high-ranking army officer and a Christian party member, who was also a retired army colonel, have been among the recent high-profile arrests.

Senior Lebanese security officials have said the arrests dealt a significant blow to Israel's spying networks in Lebanon, especially since the suspects played key roles in identifying Hezbollah targets that were bombed during the 2006 conflict.

Israel ended its 22-year occupation of mainly Shi'ite south Lebanon in May 2000.