Lebanon hosts more than 1.5 million Syrians from the civil war next door, the highest refugee population in the world per capita. 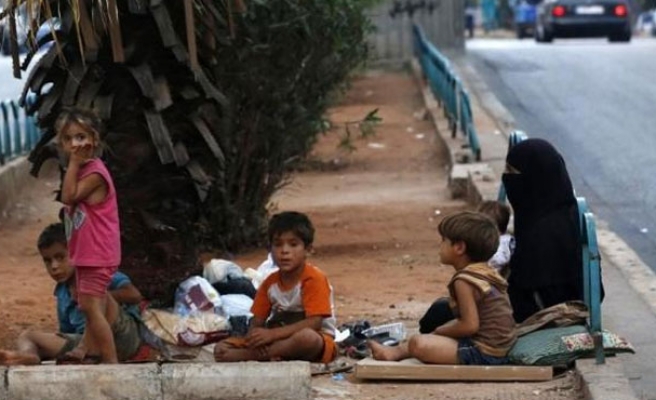 More than 1,500 children are living or working on Lebanon's streets, nearly three-quarters of them Syrian and most scraping a living by begging or roadside vending, a study published on Monday showed.

The number of children begging in Lebanese cities is one of the most visible signs of the country's refugee crisis. Lebanon hosts more than 1.5 million Syrians from the civil war next door, the highest refugee population in the world per capita.

A total of 1,510 children were found to be living or working on the streets according to the study from the International Labour Organisation, the U.N. Children's Fund UNICEF and charity Save the Children International.

These children earned an average of less than $12 per day and more than half of them were aged between 10 and 14 years old, it said.

"The recent influx of refugees from Syria, many of whom are children, has certainly exacerbated this problem, but is by no means the core cause or consequence of children living or working on the streets," the study said.

It said that social exclusion, poverty, organised crime and general exploitation of children were also to blame.

The study, which was supported by Lebanon's Ministry of Labour, said 43 percent of the children who worked were begging, while street vending accounted for 37 percent.

Most children entered the market between seven and 14 years of age and 42 percent were illiterate, it said. The majority worked more than six days a week and an average of eight and a half hours a day.