The parties asserted that humanitarian disaster had befallen civilians in the area due to recent crimes committed by Daesh. 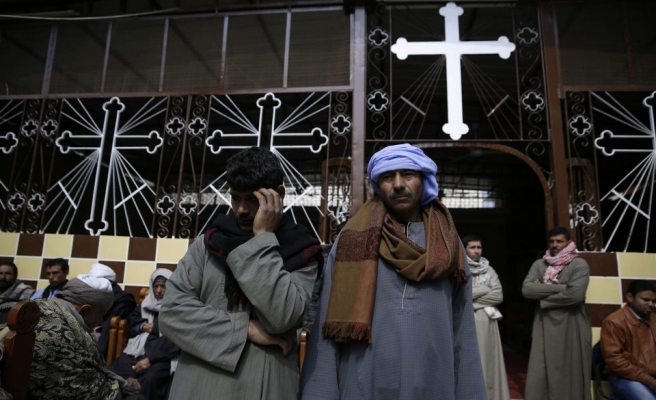 A handful of Lebanese Christian political parties on Friday rang the alarm over threats facing people of Assyrian-Chaldean-Syriac descent in the Middle East region.

Political parties lashed out at what they described as the international community's "shameful silence" regarding violations committed against those of Assyrian-Chaldean-Syriac origin.

"Recent developments in Syria show the enormity of the challenges facing the Syrian people in general and the Assyrian-Chaldean-Syriac people in particular," the parties said in a joint statement.

Following a meeting organized by Lebanon's Syriac Union Party, they asserted that Assyrian-Chaldean-Syriac people in the region were subject to "ethnic cleansing" by "terrorist organizations."

They specifically referred to recent violations committed by the Daesh militant group in the Khabour area of northeastern Syria's Al-Hasakah province.

"Daesh" is the Arabic acronym for the ISIL militant group, which last year overran vast swathes of territory in Iraq and Syria.

The parties asserted that humanitarian disaster had befallen civilians in the area due to recent crimes committed by Daesh.

They added that between 350 and 400 people had recently been kidnapped in the area, while some 6,000 people – including women and children – had been displaced.

They went on to note that Daesh's crimes against Christians in Syria were only the latest episode in a long series of crimes committed against Syrian Christians in recent years.

They said these crimes included the forced repatriation of Christians by Daesh in Iraq's northern Mosul province and the central province of Nineveh.

On Friday, Daesh militants were shown in a video destroying ancient Assyrian artifacts and statues inside Mosul's main museum.