Lebanon's Prime Minister Tammam Salam described the issue of the captured troops as a "sensitive" one. 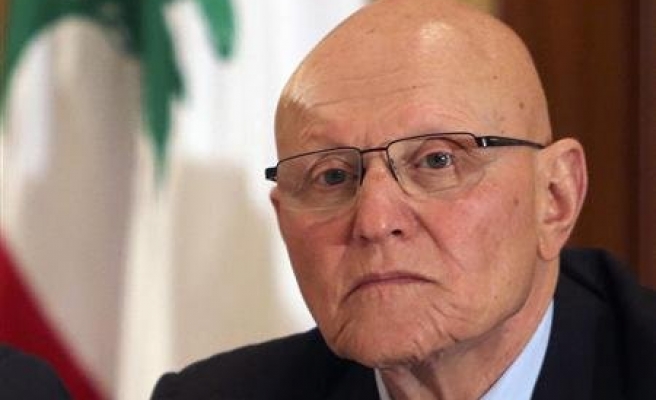 Lebanon's Prime Minister Tammam Salam said on Sunday that his current visit to Qatar aimed to request Qatari help for the release of Lebanese troops captured in the eastern Lebanese town of Arsal early last month.

He said during a press conference ahead of leaving Doha that his talks with Qatari Emir Sheikh Tamim bin Hamad Al Thani earlier in the day had focused on issues of mutual concern, including the crisis of the troops captured by militants affiliated with movements fighting in Syria against the regime of Syrian President Bashar al-Assad, according to the official Qatari news agency.

Several Lebanese troops were captured in early August by the two militant movements Al-Nusra Front and the Iso-called slamic State of Iraq and the Levant during clashes with the Lebanese army in Arsal, a town on the border between Lebanon and Syria. Seventeen Lebanese troops were also killed in the clashes.

Salam described the issue of the captured troops as a "sensitive" one. He said solving the problem needed "precision" and unity among the Lebanese.

"The lives of these heroic troops are the responsibility of each one of us," Salam was quoted by the Qatari news agency as saying. "We must be united in order to protect their lives and secure their release with the help of our brothers, especially in Qatar," he added.

Salam said the issue of hundreds of thousands of Syrian refugees who had fled the violence back in their country and headed for Lebanon was also part of his talks with the Qatari Emir.

Salam said Lebanon now hosts 1.3 million Syrian refugees, noting that the Qatari Emir had told him that his country was interested in helping in this regard too.