Lebanon's PM al-Hariri called for calm after recent tension over the possibility that a U.N. court probing the killing of his father, will indict Hezbollah members. 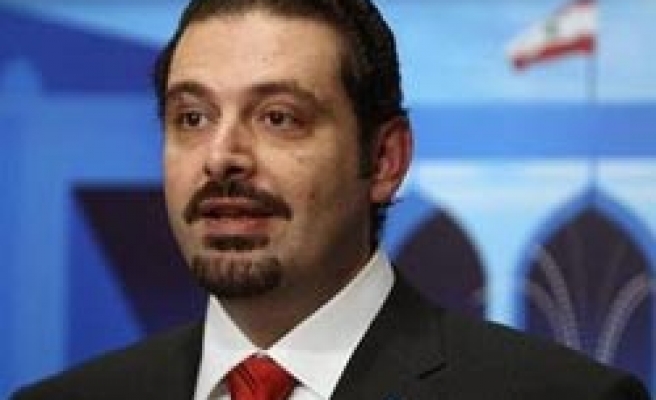 Lebanon's Prime Minister Saad al-Hariri called for calm after recent tension over the possibility that a U.N. court probing the killing of his father, former premier Rafik al-Hariri, will indict Hezbollah members.

Hariri told a gathering late on Monday that Lebanon should not fear "any political noise, which we hope to calm down and turn into calm speech, and start democratic dialogue".

Hezbollah had strongly criticised the U.N. tribunal and said that the prosecutor's first indictment, expected to be issued in September or October, will blame some of its members.

Hariri said differences should be resolved by openness and dialogue. On Saturday, he said he wanted to know who killed his father but at the same time he wanted stability.

"Dialogue cannot succeed with the accusations of treason and with repeated calls for tests of patriotism and nationalism."

In his comments on Monday evening, he said: "I reiterate my call to refrain from these methods and to stop the insults and accusations. With calmness, we can open the doors of dialogue and we can hear each other."

"And with wisdom we can protect Lebanon."

Hezbollah, which is backed by Syria and Iran, is determined to deflect any blame for the 2005 assassination.

Hariri's remarks came before a scheduled session of "national dialogue" on Thursday in which rival leaders are trying to agree the country's defence strategy towards Israel.

Political sources said the tribunal was not on the agenda but it was very likely to be brought up during discussions.

The first national dialogue session was held in September 2008 after a Qatari-mediated deal ended an 18-month political crisis which led to a street fighting between Hezbollah and supporters of the pro-Western Hariri, in a brief echo of Lebanon's 1975-1990 civil war.

The fighting broke out when the government tried to shut down a telephone network operated by Hezbollah, which called the move a declaration of war. Saudi-backed Hariri formed a national unity government last year which includes Hezbollah ministers.

Analysts say if the tribunal does indict Hezbollah members, the group, together with Shi'ite and Christian allies, could decide to collapse the government.