Lebanon removes political banners, a legacy of the civil war 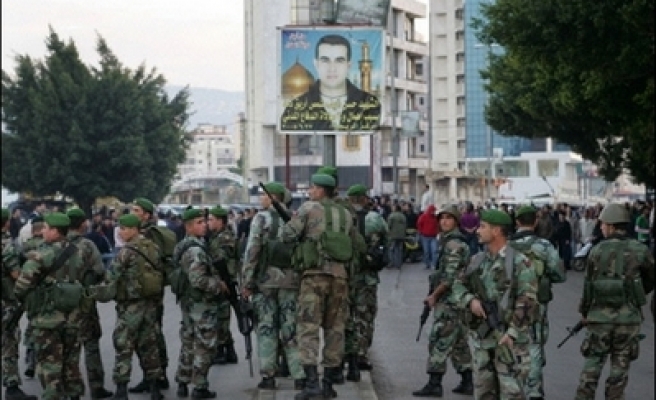 Lebanon has begun removing political posters and party banners from neighbourhoods of the capital in a move to unify a country still divided from a civil war, following an agreement between the militant and political group Hezbollah and its rivals.

Beirut is fragmented into fiefdoms where political banners and photographs of dead fighters and warlords have marked territory controlled by various groups since the start of the civil war that raged from 1975 to 1990.

The poster ban was agreed by Lebanon's main political groupings after gun battles, car bombs and skirmishes on the border with Syria highlighted the need for reconciliation.

In neighbourhoods where Hezbollah is strong, posters of men who fought Israel for decades have been joined by pictures of young men killed more recently in Syria's civil war.

"Ripping down the posters is sensitive but it's a political decision," said a Beirut Hezbollah supporter who asked to remain anonymous as he was not authorised to speak to the media.

"One family on this road was upset because we took down a photo of their son who died late last year fighting in Syria," he said, speaking in Zarif, an old district full of battered French-style houses.

He said 1,000 posters in the area had been removed. Only a few faded photos of Assad and some tattered yellow Hezbollah flags remained.

Bashir Itani, a senior member of a rival political party, Future Movement, said: "You can now walk in the streets and find it clean ... you couldn't previously see the sky due to the banners."

A large photograph of exiled Sunni politician Saad Hariri, a former prime minister, was taken down from the Beirut neighbourhood of Tariq al-Jadideh.

In Lebanon's coastal cities of Sidon and Tripoli, centres of sectarian violence between armed groups, a similar cleanup was launched.

Most residents interviewed by Reuters supported the move in Beirut, where the posters are seen by many as a menacing way to mark out turf.

But they said it was just one step in dampening sectarianism in a country still divided into Christian, Sunni and Shi'ite, Druze and Alawite villages and districts.

"It doesn't change what people feel inside," said one man.