Lebanon to get Saudi-financed weapons 'soon'

The Lebanese army has stepped up its efforts to prevent fighters, most notably from al Qaeda's Syrian wing Nusra Front, from crossing into Lebanon. 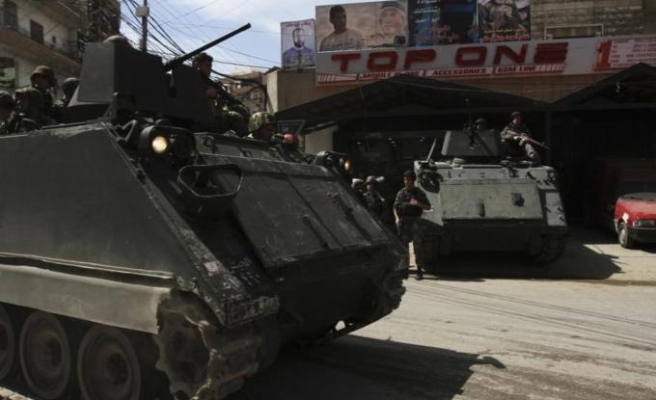 Hariri, who has close links to the Saudi royal family, originally announced the deal after visiting King Abdullah in August, just days after militants attacked and briefly seized the Lebanese border town of Arsal.

The Lebanese army has since stepped up its efforts to prevent fighters, most notably from al Qaeda's Syrian wing Nusra Front, from crossing into Lebanon, but it is ill-equipped and has repeatedly called for more military aid.

"With regard to the $1 billion that I am managing, in a few weeks, you'll see results," Hariri told reporters after meeting President Francois Hollande. "It is finalised and some equipment will arrive soon," he said without giving any details.

Lebanon has officially tried to distance itself from Syria's conflict, but the country's Hezbollah movement has sent fighters to aid President Bashar al-Assad.

The country, which is still rebuilding after its own 15-year civil war, has also seen clashes between gunmen loyal to opposing sides of the Syrian conflict, as well as militant strikes on the army and crossborder attacks by Syrian rebels.

One of the few institutions not overtaken by the sectarian divisions that plague the country, Lebanon's army has few resources to deal with the situation, and Hariri urged the international coalition to do more against ISIL.

The United States has been bombing ISIL positions in Iraq since August and extended the campaign to Syria in September. Arab states have joined both campaigns, while other Western countries are participating in Iraq but not Syria.

The kingdom of Saudi Arabia, which has itself taken part in air strikes in Syria, may be seeking to bolster the army as a counterbalance to Hezbollah.

Hezbollah itself suffered one of its biggest death tolls in a single action on Sunday after 10 of its fighters were killed in clashes with fighters from Nusra Front in eastern Lebanon.

Hariri was in Paris to meet Hollande to discuss the $1 billion deal and a second contract, which was agreed in December for which Riyadh agreed to grant Lebanon $3 billion to buy French weapons.

That contract has been under intense scrutiny for several months as negotiations between Paris and Riyadh over the deal have proved more complicated than first imagined.

Officials from all sides say the three-party nature of the deal is behind the delay, although French and Lebanese media have cited various reasons including commissions for the deal.

"Of course France will deliver weapons," Hariri said. "I think it should happen and we'll see in the coming days."

French daily Le Figaro cited on Oct. 3 the head of the Lebanese army General Jean Kahwaji as saying he had signed off on the weapons list, but was still waiting for an agreement between the other two states.

Citing sources, the paper said Saudi Arabia was now asking for guarantees that a new president in Lebanon would ensure the equipment was not used by Hezbollah.