Earlier Syria was accused of being behind the Beirut bombing which killed his father and 22 others five years ago. 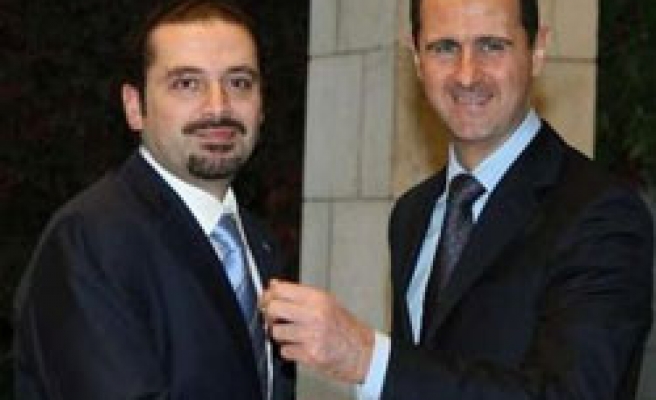 Lebanon's prime minister said he was wrong to accuse Syria of killing his father, Rafik al-Hariri, in 2005 and said the accusations against Damascus had been politically motivated.

Saad al-Hariri's comments to Asharq al-Awsat newspaper have been published on Monday.

Earlier Syria was accused of being behind the Beirut bombing which killed his father and 22 others five years ago. Syria had repeatedly denied the charge.

The assassination provoked a domestic and international outcry which forced Syrian President Bashar al-Assad to withdraw troops from Lebanon, ending nearly three decades of military presence in its smaller neighbour.

Hariri has since mended relations with Damascus, visiting Assad several times in the last year and stressing Lebanon's need for strong ties with Syria.

"We assessed the mistakes that we made with Syria, that harmed the Syrian people and relations between the two countries," Hariri told the newspaper.

Rafik al-Hariri's killing remains a highly charged issue in Lebanon. A United Nations investigation initially implicated Syria, but media reports have said that the U.N. prosecutor may issue indictments against some members of the Hezbollah. Hezbollah sent UN probe evidence what it said showing Israeli hand in the murder.