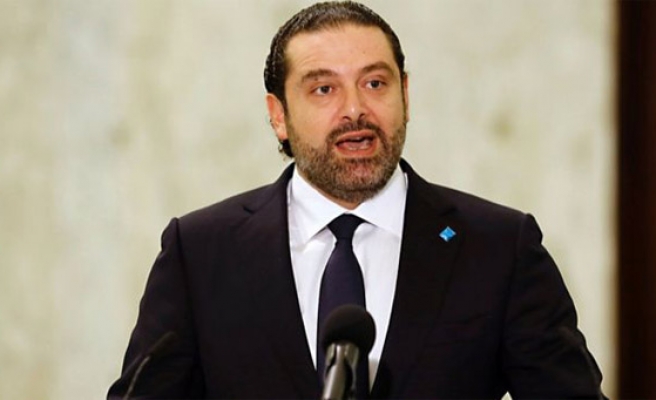 Lebanon’s resigned Prime Minister on Friday dismissed suggestions that he was being held captive in Saudi Arabia.

“I have remained in the [Saudi] kingdom to take part in consultations on Lebanon’s future and its relations with its neighbors,” Saad Hariri stated on Twitter.

He went on to dismiss allegations that he had been put under “house arrest” by the Saudi authorities, describing the claims as “mere rumors”.

On Nov. 4, Hariri abruptly announced his resignation from the Lebanese premiership in a televised address delivered from Saudi Arabia.

Earlier this week, Hariri -- who has yet to return to Lebanon -- denied suggestions that he was being held hostage, saying he would return to Beirut “soon”.

Lebanese President Michel Aoun, meanwhile, has refused to accept Hariri’s resignation until the latter returns from the oil-rich kingdom.

Macron later stressed, however, that Lebanon’s resigned premier was not seeking political asylum in France.

In his Nov. 4 resignation address, Hariri had accused Iran and its Lebanese ally, Hezbollah, of sowing “sedition” in the region.

Hezbollah chief Hassan Nasrallah, for his part, has said there was “no reason” for Hariri to step down, accusing Saudi Arabia of forcing him to resign.

Hariri was appointed prime minister late last year. Before his resignation, he had led a 30-member government that included Hezbollah representatives.