The Libyan Prime Minister Ali Zeidan has been kidnapped from his hotel in Tripoli by gunmen. 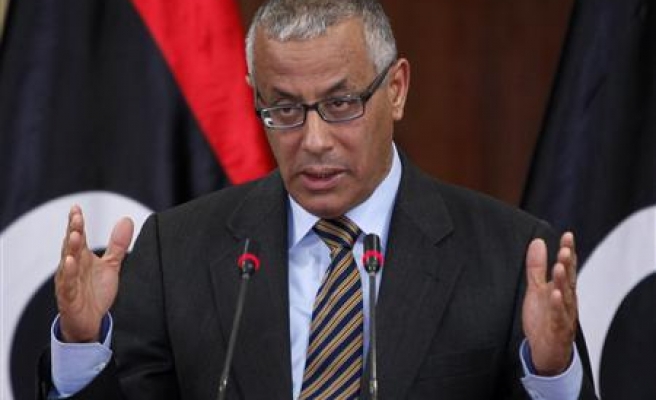 The circumstances were unclear, but guards at the Corinthia Hotel in Tripoli said gunmen had taken the Libyan leader from the hotel. One guard described it as an "arrest".

Al-Arabiya television channel quoted Libya's justice minister as saying that Zeidan had been "kidnapped" and showed what it said were video stills of Zeidan frowning and wearing a grey shirt undone at the collar surrounded by several men in civilian clothes pressing closely around him.

A group of former Libyan rebels said it seized Prime Minister Ali Zeidan from a Tripoli hotel on Thursday because of his government's role in the U.S. capture of a top al Qaeda suspect in the Libyan capital.

"His arrest comes after the statement by John Kerry about the capture of Abu Anas al-Liby, after he said the Libyan government was aware of the operation," a spokesman for the group, known as the Operations Room of Libya's Revolutionaries, said refering to the U.S. Secretary of State.