In Derna, known as an Islamist stronghold, assailants shot Colonel Fathi al-Omami on Monday evening after the breaking of fast during Ramadan. 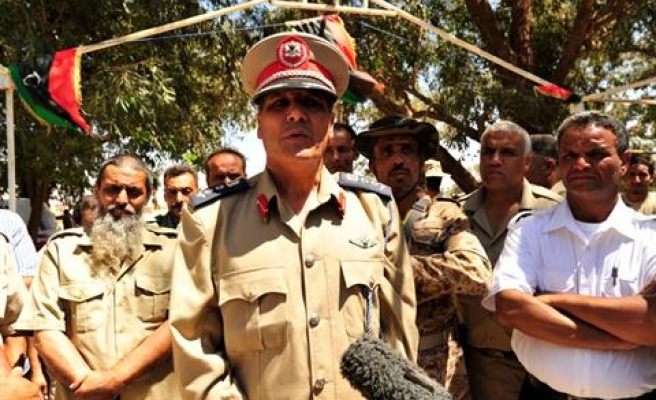 A Libyan air force colonel was shot dead in the eastern city of Derna, a military spokesman said on Tuesday, an area of the North African country plagued by attacks on security officials.

Violence has worsened in Libya in the past few months as the Tripoli government struggles to impose its authority on armed militias that helped overthrow dictator Muammar Gaddafi in 2011 but now largely do as they please.

In Derna, known as an Islamist stronghold, assailants shot Colonel Fathi al-Omami on Monday evening after the breaking of fast during Ramadan as he visited a shop he owned in the city overlooking the Mediterranean coast.

"He was trying to open the shop. A car was apparently waiting for him and those inside shot him," Ali Sheikhi, spokesman for the army chief of staff office, said. "The attackers must have been waiting for him."

The state news agency LANA said residents carried Omami to a nearby hospital, where he was pronounced dead.

Derna is known across the region as a significant recruitment centre for fighters who joined the wars in Iraq, Afghanistan and Syria.

The east of Libya, and especially the city of Benghazi, the cradle of the anti-Gaddafi uprising, has became a particular focus of violence, mainly against security forces. Residents say some of the assaults may be revenge attacks by former prisoners.

Islamists, largely suppressed under Gaddafi, have also come to the fore.

Last month, a judge was shot dead outside a court in Derna, just weeks after courts resumed work there following the 2011 war.