Libyan Prime Minister Ali Zeidan insisted that Libyan security agencies are in full control of the situation on the ground. 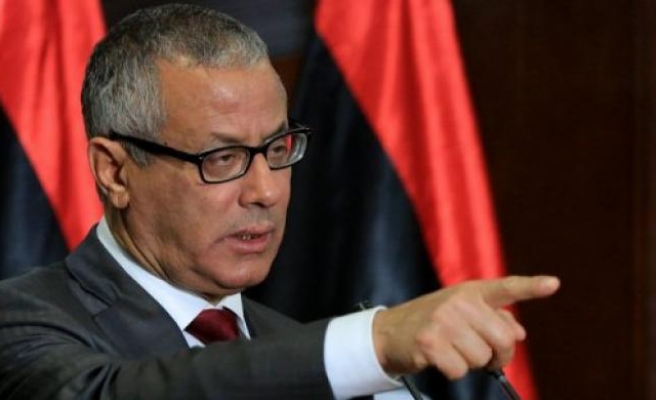 "There is no coup," Zeidan said in a speech aired on the Libyan television on Friday.

"There will be no return to the era of coups," he said.

Military commander Maj. Gen. Khalifa Haftar earlier claimed that his forces have seized control of several military and vital sites in the country.

Haftar alleged that his forces have suspended the General National Congress (interim parliament) and the government.

But Zeidan insisted that Libyan security agencies are in full control of the situation on the ground.

He went on to say that he has given orders to the Defense Ministry to "take all necessary measures" against Haftar, calling for public support for the government and GNC "to cruise the country to safety".

Libya has fallen into a political crisis since the GNC voted to extend by one year both its mandate and the country's transitional period, which followed the fall of Muammar Gaddafi in late 2011.

Under an original timetable for transition, parliament should have elected a constituent assembly, drafted a constitution, and put the draft charter to a popular referendum before holding parliamentary polls sometime before February.

The new GNC-endorsed timetable, however, stipulates that a constituent assembly be elected by February and a new constitution drafted by July, to be put to a vote by August. Parliamentary elections should be held by December, according to the new timeline.

The twin extensions have been met by anger on the part of many Libyans, who have called for protests aimed at pressuring parliament to reverse the move.

Khalifa Haftar was once a confidant of Muammar Gaddafi and then his sworn enemy, he led a band of Libyan exiles trying to overthrow the Libyan regime before being spirited in secrecy to the United States when things went bad.

Haftar has lived in Virginia for 20 years but he turned back in Libya.

Haftar and Gaddafi first found common cause in 1969, when Haftar, as a military cadet, supported the coup that removed King Idris. He was rewarded with a position on the Revolutionary Command Council.

His subsequent ascent through the military ranks was rapid.

Haftar was captured by the Chadians at the battle of Wadi Doum in 1987, along with several hundred Libyan soldiers. Gaddafi refused to acknowledge the existence of Libyan POWs and said he knew no one called Haftar.

Haftar and several hundred former Libyan soldiers trained at a base outside the Chadian capital, N'djamena, as the Libyan National Army - the military wing of the opposition Libyan National Salvation Front.

Several Libyan exiles and a former CIA officer said that the United States was involved. Former Libyan envoy Aujali would not be drawn out on whether the CIA was the paymaster, but said, "The Americans knew him very, very well."

He added: "I think working for the CIA for the sake of your national interest is nothing to be ashamed of."

After unrest flared in Libya, Haftar received many calls appealing for him to return. On March 14, he arrived in Benghazi to take charge of the rebels' military campaign.