Kidnappers in Libya have demanded a $9.5 million ransom for 19 Ukrainian crew members from a ship seized in the port of Benghazi, a news report said on Tuesday. 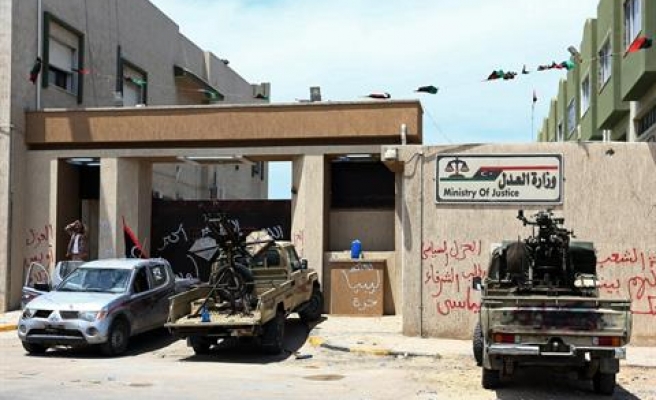 Kidnappers in Libya have demanded a $9.5 million ransom for 19 Ukrainian crew members from a ship seized in the port of Benghazi, a news report said on Tuesday.

A group of armed Libyan men seized the 8,500 ton Saint Kitts and Nevis-flagged cargo ship Etel on July 19, after it arrived in Benghazi carrying a load of cars. The kidnappers have now demanded a $9.5 million ransom from the ship's owners, Odessa-based Tomex, Kommersant Ukraine newspaper reported on Tuesday citing anonymous sources.

The Maritime Bulletin online news portal reported Tuesday, citing the vessel’s operator, that the captors seized the vessel to protest against Ukraine’s demands for Tripoli to release some 20 Ukrainians sentenced to jail in Libya for aiding the former Muammar Gaddafi regime. The captors said they plan to take captive any Ukrainian citizen on Libyan territory, according to the report.

An earlier report in the Libyan Herald, quoted by Maritime Bulletin, said the kidnapping was due to a business dispute between the ship’s owners and Benghazi businessmen.

A representative of the Ukrainian ambassador in Libya declined to give details about the case, only telling Kommersant the authorities “are in talks with those who seized the ship,” adding that the crew was out of danger and no-one has been injured.

Libya has been plagued by rogue militias and armed criminal gangs since the overthrow of longtime dictator Muammar Gaddafi in October 2011. The US Ambassador and three other Americans were killed in September 2012 in an attack on the consulate in the Benghazi, according to the FBI.