A crowd of 300 people gathered in the capital's central Algeria Square waving white flags and carrying banners reading "No brigades, no militias, we want an army loyal to the state". 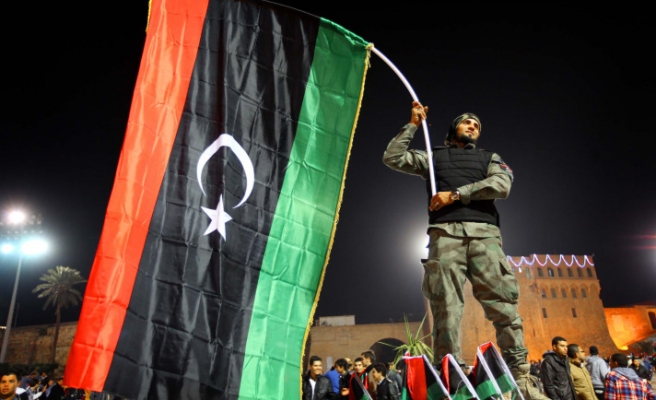 Libyan protesters took to the streets on Sunday calling for the disbanding of militias that have plagued Tripoli since the end of the 2011 war.

The government said it was working on taking back control of the interior ministry besieged by an armed group that entered the building on Tuesday and ordered staff to leave.

A crowd of 300 people gathered in the capital's central Algeria Square waving white flags and carrying banners reading "No brigades, no militias, we want an army loyal to the state" as well as "Without an army and police, Libya is trouble".

Armed groups made up of former rebel fighters from different parts of the North African country have grown in power and ambition since Muammar Gaddafi's ouster and the weak central government has struggled to impose its authority over them.

"Most of the problems in the city are caused by militias fighting for power," Nasreldeen Abdullah, one of the organisers of the protest, said. "There have been robberies, violence and civilians killed for no reasons. We are fed up with this."

Libya, a major oil producer, remains awash with weapons after the Western-backed uprising. But the central government, whose own forces are too weak to maintain security, has found itself having to co-opt or license some of the most powerful militias to maintain even a semblance of order.

"If there is no security or stability in the capital, where can there be security and stability," Mahmoud Bayou, 31, said.

A ministerial committee has been in talks to regain control of the interior ministry from a militia, Electricity Minister Ali Mohammed Muhairiq told reporters. "We are in constant communication...to end the siege and we hope this will happen within two or three days," he said.

The government has said it is drawing up plans to disband militias but has not given details of how the authorities will tackle the bands of fighters.

"This is something that will take a long time, it can't be done in a day," Muhairiq said.

Prime Minister Ali Zeidan said the government would raise salaries to lure former rebel fighters into the state forces. He added that around 19,500 men - police and army - would be sent for training to the United States, France, Britain and Italy.