Garcia parted with the players earlier on Tuesday and has left the country. 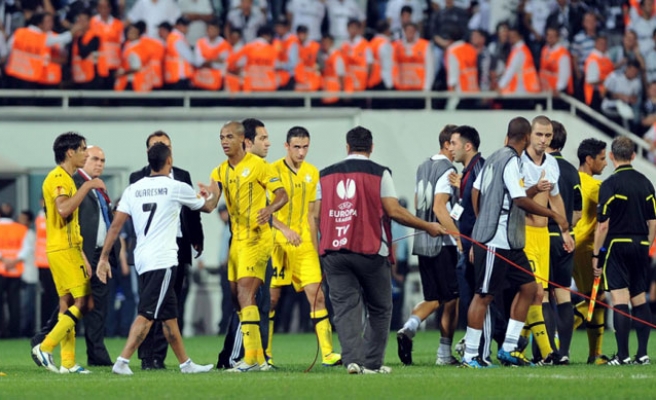 Maccabi Tel Aviv's Spanish coach Oscar Garcia has left the club because of the ongoing Israeli attacks in the Gaza Strip and compatriot Pako Ayestaran will replace him, the club said on Tuesday.

"We have a change of coach, Oscar decided to leave the job, to leave Israel ... and we have announced the arrival of a new coach ... and we hope the transition is a very smooth one," Cruyff said.

Garcia was starting a second stint in charge at Maccabi. His previous two-season term ended in 2013 with the league championship. He then took charge of Championship side Brighton and Hove Albion from English soccer's second tier.

Garcia parted with the players earlier on Tuesday and has left the country.

Palestinian health officials say 2,125 people, most of them civilians, including more than 490 children, have been killed in the seven-week long conflict. Sixty-four Israeli soldiers and four civilians in Israel have been killed.

The scheduled start of the domestic league season on Aug. 8 has been delayed and many international sporting events in Israel have been called off.

Teams involved in European club soccer competitions have been forced to host opponents in Greek Cyprus, and tennis, basketball, swimming events have been affected.

Israel will host Argentina in their Davis Cup World Group playoff in Sunrise, Florida next month after the International Tennis Federation ruled out Tel Aviv as a venue due to security concerns.