Anti-coup demonstrators in Egypt were attacked by machete wielding gangs during the October 6 celebrations. 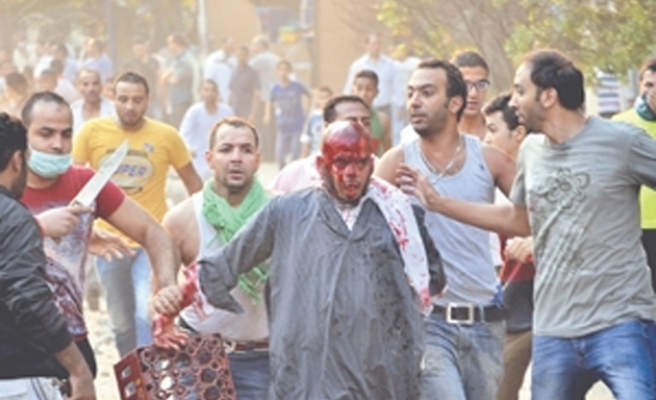 Anti-coup demonstrators were attacked by Egyptian security forces and machete wielding gangs during the October 6 celebrations, which marked the Egyptian-Israeli war. The attacks left 51 dead and two hundred injured.

These attacks were captured on camera.

Before the demonstrations, protestors were warned that if they protested they would be treated as foreign agents. On the other hand, anti-coup youths chanted "If the revolutionists enter Tahrir, the coup will die!" Some also said that they had no association with the ousted Muslim Brotherhood, and that they were only there because they disagreed with the coup.

As demonstrators tried to enter Cairo from all four corners of the city, security forces fired on them with live ammunition.