Many deads in Syria mass protests

Syrian human rights organisation Sawasiah said said it had the names of 20 people killed in the coastal city of Latakia and other cities. 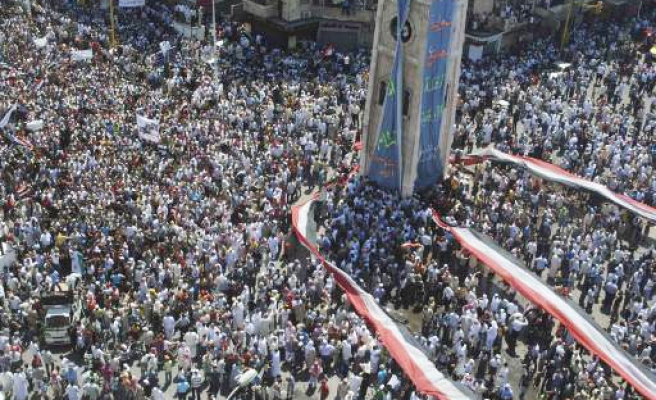 "The security forces are continuing violent repression against peaceful demonstrations demanding freedom and the downfall of the regime, firing live ammunition at most protests all over Syria on Friday," the independent organisation said in a statement sent to Reuters.

Sawasiah said it had the names of 20 people killed in the coastal city of Latakia, the central cities of Hama and Homs, in the southern city of Deraa, the capital Damascus, its rural environs, in the suburbs of Douma and Qadam, the town of Kiswa to the south and in the eastern city of Deir al-Zor.