Opposition troops said the 191 civilians were killed with knives and guns, and their bodies were burned afterwards. 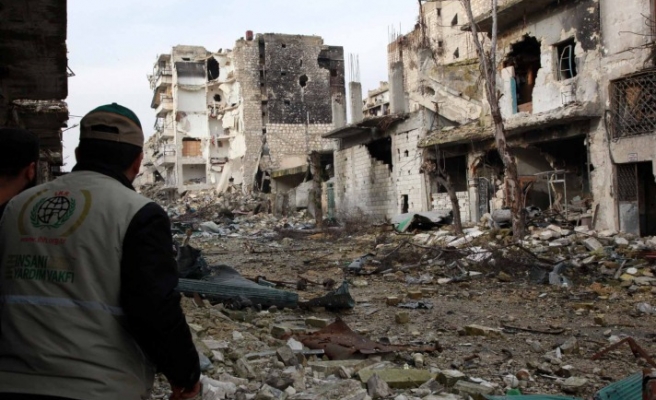 191 civilians were reported to be massacred in village of Resmun Nefil in the Syrian town of Aleppo.

The Supreme Council of the Syrian Revolution (SCSR) said that Assad troops attacked the Resmun Nefil village in the Safirah district in the south east of Aleppo where Hezbollah militias were also present, killing 191 civilians including children. The opposition troops said the civilians were killed with knives and guns, and their bodies were burned afterwards.

They published a list of the names of the victims including 15 babies, children and elderly women.

SCSR representative in Turkey Khalid Hoca told Anadolu Agency, "We are concerned that there may be mass graves in the areas which are under the control of the Assad regime."

The Syrian Revolution Martyr Database counts 11,406 deaths in Aleppo and the region since the beginning of the incidents in March 2011.