Government forces call off air strikes against rebel positions north of the central Hama province due to reduced visibility. 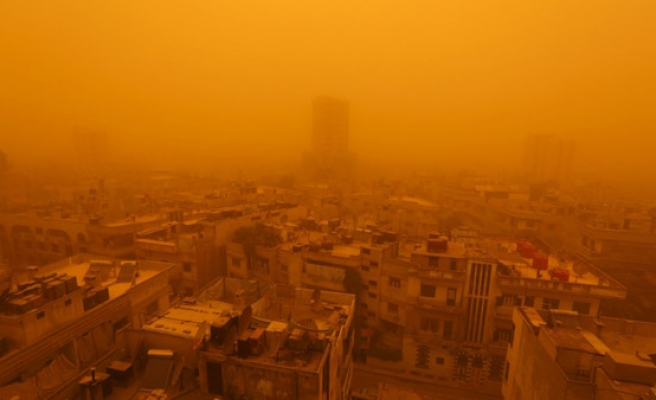 At least three refugee women died in Lebanon on Tuesday where at least 750 others were hospitalised for asphyxiation or shortness of breath, the health ministry said.

The meteorological department at Beirut's Rafik Hariri International Airport described the storm as being "unprecedented" in Lebanon's modern history.

The pro-government Syrian Al-Watan newspaper says it forced the Assad government to halt all air strikes against rebel fighters in the rebel-held areas in the north and centre of the country.

Activist Hadi al-Abdallah, in the northern province of Idlib, confirmed there were no strikes on the northern suburbs, which are usually bombarded on a daily basis.