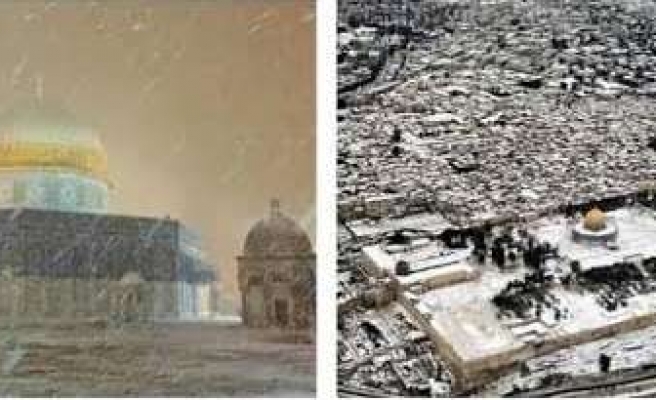 Schools were closed for the day across Israel, while transport services were suspended in West Jerusalem.

In Jordan, the government urged citizens not to leave their homes as authorities tried to clear snow-blanketed roads in capital Amman and other areas, which experienced up to one meter of snow.

The extreme weather conditions prevented Turkish Education Minister Nabi Avci – who wrapped up a two-day visit to Jordan on Friday – from flying home from Amman.

In Egypt, meanwhile, four major seaports were closed due to inclement weather, according to the local authorities.

It is the region's second cold wave this winter after a weeklong cold snap hit the Middle East last month.