Millions in 'ISIL cash' destroyed in US strikes

he US-led effort to fight Islamic State jihadists in Iraq and Syria has a new focus: bomb the "ISIL cash." 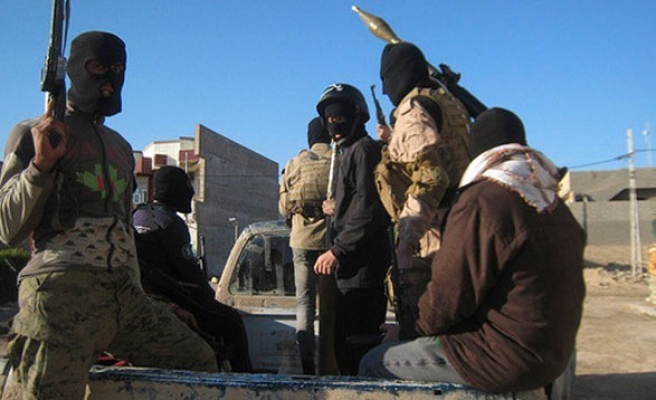 ISIL have been hoarding millions of dollars in local currency and greenbacks across Iraq and Syria, much of it derived from illicit oil sales.

Colonel Steve Warren, a Baghdad-based spokesman for the US-led coalition that has been fighting the IS group since August 2014, said nine strikes in Iraq and Syria in recent months have led to the destruction of "tens of millions" of dollars of this money.

"They operate on cash; there is no credit in ISIL," he added, using another alternative name for the jihadist group that seized huge regions in Syria and Iraq in 2014 and 2015.

The US military has released videos of air strikes on what it says are cash-collection facilities. In a video of an attack on a building in Mosul earlier this month, vast plumes of what appears to be money can be seen fluttering into the sky following a huge blast.

Evidence shows this focus on IS cash, combined with the continued bombing of oil trucks that ferry illicit oil around Syria, is hurting the militants' bottom line, Warren said. He cited press reports saying IS leaders have had to cut their fighters' salaries by as much as half.

Initial estimates are that the number of civilian casualties in the money strikes was less than 10, Warren said.

Under pressure from critics who say the anti-IS campaign is moving too slowly, the Pentagon has indicated it is considering a wider array of targets even if these might cause civilian deaths, provided these attacks yield significant gains against the jihadists.

"One of the burdens of command is to weigh the military value of a target versus the potential for civilian loss of life," Warren said.

"These are tough decisions that commanders have to make."

Pentagon chief Ashton Carter on Wednesday met with defense ministers from several other nations in the anti-IS coalition and said the next phase of operations would target the de facto IS capital Raqa in Syria, and Mosul in Iraq.