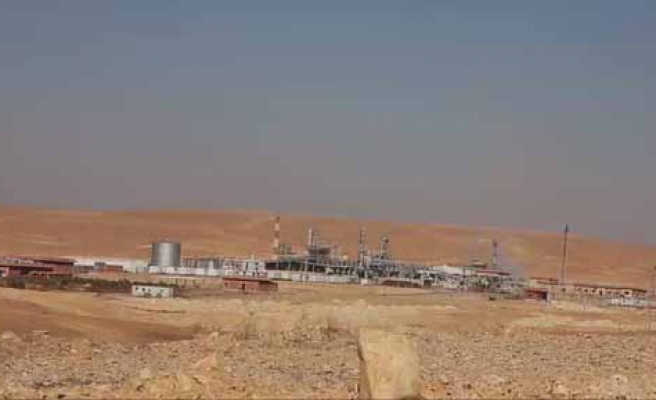 ISIL has blown up a natural gas plant that supplied one-third of Syria's electricity, one month after getting its hands on the facility, a monitor said Monday.

"In the past 48 hours, ISIL blew up the Hayyan gas plant in eastern Homs province, putting it totally out of order," said the Syrian Observatory for Human Rights, a Britain-based group that tracks the country's civil war using sources on the ground.

A source at the Syrian oil ministry also confirmed the explosion to AFP.

The plant had already ceased to operate one month ago, after the advance of the jihadists in the central region of Palmyra.

ISIL on Sunday released a video entitled "Hayyan Gas Company explosion in the east of Homs province" in which a man is seen planting explosives before a wide-angle shot of a huge explosion engulfing the plant.

Jihad Yazigi of the economic news weekly The Syria Report said the gas from the plant was used to produce one third of the country's electricity.

According to the weekly, the plant used to produce 3.7 million cubic metres of natural gas per day.

"Therefore millions of Syrians are affected... it was one of the few stations that still produced close to its capacity," Yazigi told AFP.

Since 2014, ISIL has seized several gas and oil fields in Syria, especially in the central and eastern parts of the country.

Yazigi said the gas from the plant was used to provide electricity for the provinces of Damascus, Hama and Homs, in central Syria.

"The plant represented a large industrial investment and is actually one of the most important... economic infrastructure (facilities) to have been destroyed since March 2011" when the war began, he said.