Despite most Iranians supporting nuclear deal, they appear to have a lot of false impressions 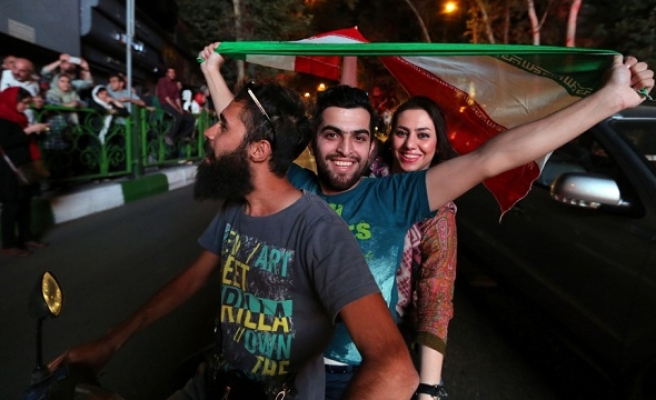 Most Iranians back the nuclear deal with world powers, but partly because they wrongly believe it marks an immediate end to all U.S. sanctions, according to a poll published Thursday.

A joint poll by the University of Maryland and IranPoll.com found that 76 percent support the tradeoff to end their isolation in return for international oversight of their nuclear program.

But this support may prove weaker that it appears, as Iranians appear to have some false impressions, particularly in thinking the agreement puts a rapid end to international economic sanctions.

In fact, the United States and other powers have only agreed to lift sanctions related to Iran's nuclear program, and only then when it has upheld its end of the bargain.

Other sanctions imposed because of Iran's alleged support for terror groups or political meddling in its region will remain, even after Tehran allows inspectors to verify tight controls on its nuclear facilities.

But 56 percent of Iranians are not even aware their government has agreed to limit its nuclear research, the poll found, and 77 percent think sanctions relief will come before such controls are verified.