The Britain-based Syrian Observatory for Human Rights said it had recorded the deaths of 321,358 people since the conflict broke out in March 2011 with protests against President Bashar al-Assad. 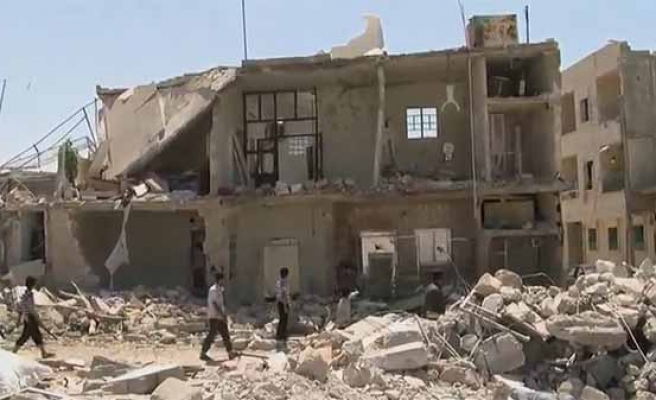 Syria's war has killed just over 320,000 people since it erupted six years ago, a monitor said Monday, noting that a fragile ceasefire had helped to slow the rising death toll.

The toll represented an increase of about 9,000 since December, when government ally Russia and rebel backer Turkey brokered a nationwide cessation of hostilities.

"There have been fewer people dying in the three months since the ceasefire was put into place," said Observatory Rami Abdel Rahman.

"The deaths haven't stopped, but they have been slower in the past few months," he said.

The Observatory said just over 60,900 government soldiers were killed, as well as 45,000 Syrian militiamen and over 8,000 foreign fighters loyal to Assad's government.

Fighting also killed nearly 55,000 rebels and just as many extremist fighters, most of them from the ISIL group or former Al-Qaeda affiliate Fateh al-Sham Front, but also from smaller groups.

Abdel Rahman said that his team had worked hard to verify the identities of 4,000 victims whose identities had been unknown.

"Most were civilians, but there were approximately 300 rebel fighters among them," he said.

While Syria's conflict began with anti-Assad demonstrations, a violent crackdown by the government morphed it into a war that has drawn in international powers and seen the rise of extremist groups.