Most of the displaced Syrians live with host families, but some 100 people are accommodated in schools, the report said. 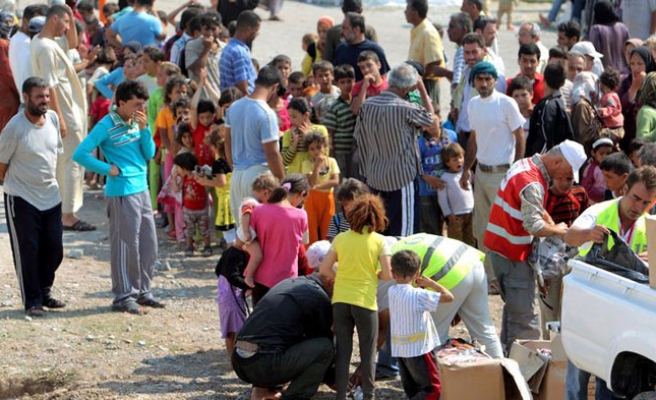 More than 3,500 Syrian refugees fleeing a military crackdown against pro-democracy protests have registered with the United Nations in neighbouring Lebanon, a U.N. report said, with more than 600 new arrivals in the past two weeks.

The United Nations refugee agency (UNHCR) report, published on Friday, said 3,580 displaced Syrians have registered in north Lebanon since protesters first took to the streets to demand the overthrow of President Bashar al-Assad in March.

"Most Syrians who have been displaced from their villages in recent weeks enter Lebanon at official border crossings since unofficial crossing points are reportedly heavily guarded by Syrian authorities," the report said.

"Some have expressed concerns that the reduced number of accessible crossing points may prevent persons from leaving Syria for fear of having to provide their names to the Syrian authorities at the official points which have remained open."

Wadi Khaled, the mountainous region in northern Lebanon where the refugees stay, is known as a base for smuggling as petrol and certain food items are cheaper in Syria.

Residents have told Reuters that unofficial movement across the border was fluid before the crisis but some Syrian refugees complain of being stuck in Wadi Khaled where they are visible to the Syrian military across the border. Many say they fear arrest if they attempt to return.

Most of the displaced Syrians live with host families, but some 100 people are accommodated in schools, the report said.

The United Nations says 2,600 people have been killed since Syrians rose up against Assad six months ago, inspired by revolts in North Africa which overthrew leaders of Egypt and Tunisia and have now also ousted Libya's Muammar Gaddafi.

Syrian authorities blame the violence on armed groups, saying 700 soldiers and police have been killed.

Syria prevents most international media from operating in the country, making it difficult to independently verify witness and official accounts.

"The Lebanese army immediately headed to the area, only to find that the Syrian army unit went back to the Syrian territory," a Lebanese army statement said, adding the Syrian soldiers continued to fire into Lebanon after the retreat.

Some of the refugees, especially men, say they will not return to Syria with Assad's government in power.