Khashoggi has not been seen since entering the Saudi Consulate in Istanbul on Oct. 2 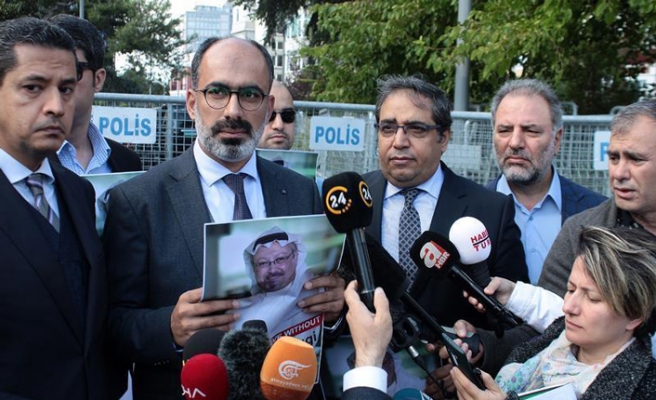 The National Union of the Moroccan Press (SNPM) on Sunday called on Saudi authorities to launch an independent investigation into the disappearance of veteran journalist Jamal Khashoggi.

Khashoggi has not been seen since entering the Saudi Consulate in Istanbul on Oct. 2.

In a statement, the SNPM voiced deep concern over Khashoggi’s disappearance after entering the Saudi Consulate, calling on Moroccan journalists to join a planned rally outside the Saudi Embassy in Rabat on Oct. 25 to pile pressure for knowing the fate of the veteran journalist.

On the same day Khashoggi arrived at the consulate, 15 other Saudis, including several officials, arrived in Istanbul on two planes and visited the building while journalist was also inside, police sources said. All of the identified individuals have since left Turkey.

Saudi authorities have yet to give a clear explanation of Khashoggi’s fate, while several countries -- particularly Turkey, the U.S., and the U.K -- are pressing the case to be cleared up as soon as possible.