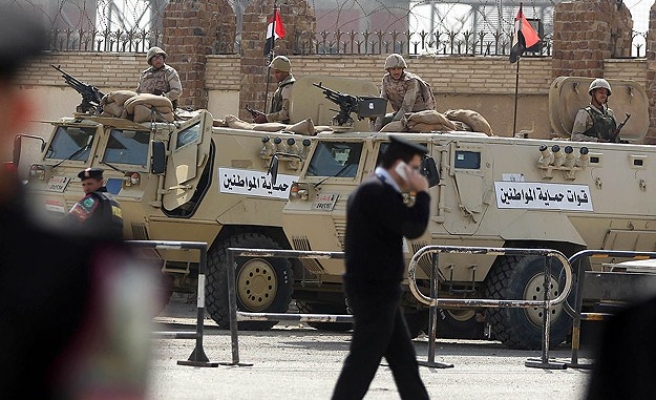 The court convicted Abdel-Maksoud and Amr Darwish, a former state radio official, of "deliberately wasting public funds and allowing others [from outside the state media apparatus] to profit from their positions," the source added.

Egyptian prosecutors had accused the two men of being responsible for the alleged theft by protesters of two state TV and radio broadcast vehicles in order to broadcast last year's pro-Morsi demonstrations in Cairo's Rabaa and Nahda squares for private satellite television channels.

Survivors of the security forces' deadly dispersal of the protest encampment in August of last year, for their part, say state TV staff abandoned the vehicles during the course of the weeks-long sit-in.

Abdel-Maksoud has remained at large since the dispersal of last year's pro-Morsi sit-in, during which hundreds of protesters were killed.

Following Morsi's ouster and subsequent imprisonment, the Egyptian authorities have launched a massive crackdown on Morsi's Muslim Brotherhood and its allies, throwing thousands of group members behind bars.