Morsi Ittihadiya trial adjourned to May 3

While a total of 11 people – including eight Morsi supporters – were killed in the clashes outside the palace in late 2012, the trial only addresses the death of one reporter and two anti-Morsi protesters 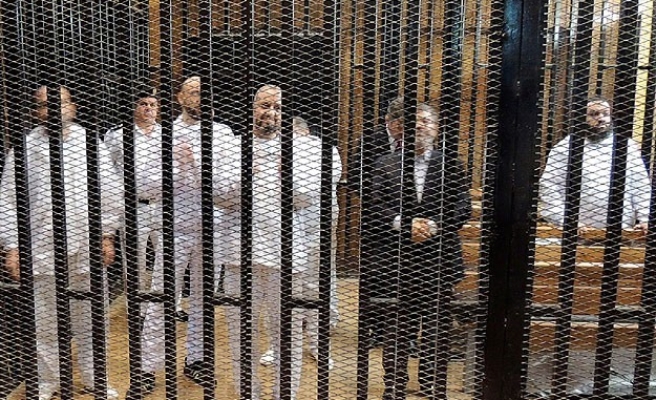 An Egyptian court on Sunday adjourned until May 3 the trial of ousted president Mohamed Morsi and 14 others charged with inciting the murder of demonstrators outside Cairo's Ittihadiya presidential palace in late 2012, a judicial source said.

In Sunday's closed-door session, judges continued hearing testimony from prosecution witnesses – all of whom were security officials – regarding 2012 clashes that erupted between Morsi's supporters and opponents outside the palace, the source said.

The court has earlier imposed a gag on the eyewitnesses' testimonies, citing national security concerns.

Morsi and his 14 co-defendants, seven of whom are being tried in absentia, are charged with inciting the murder of opposition demonstrators outside the palace in late 2012.

While a total of 11 people – including eight Morsi supporters – were killed in the clashes, the trial only addresses the death of one reporter and two anti-Morsi protesters.

Morsi, Egypt's first democratically elected leader, was ousted by the military last July – after only one year in office – following protests against presidency.

He currently faces four different trials for multiple charges, including espionage, jailbreak and offending the judiciary.

Morsi, along with all of his co-defendants, insists that the charges are politically motivated.