"Police forces moved into the square under showers of bullets fired from armored vehicles," Hussein recalled, expressing that anti-coup protestors would return despite the masscre on Wednesday. 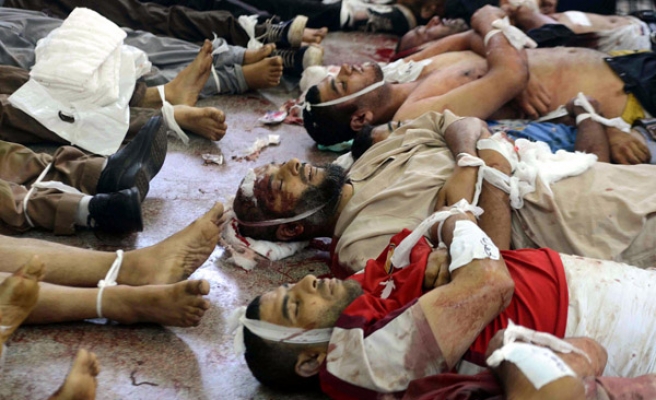 A supporter of ousted president Mohamed Morsi said on Wednesday that they were forced to leave their sit-in in Rabaa al-Adawiya Square "under fire."

"We did not leave with free will, but were forced to leave under fire by security forces," Abdel-Rahman Hussein, a member of the Muslim Brotherhood in Alexandria, told Anadolu Agency.

Hussein, who had camped out in the square, said the second wave of the security assault on their sit-in began after the midday Asr prayers.

"Police forces moved into the square under showers of bullets fired from armored vehicles," he recalled.

"People were killed and wounded as forces moved to the main stage and the field hospital inside the square."

Hussein said police forces opened heavy fire at the field hospital and asked protesters to leave the area through a secure corridor.

"We left the square, but did not leave its vicinity," he said.

"Our withdrawal is tactical, and we will assemble in nearby streets to re-enter the square."