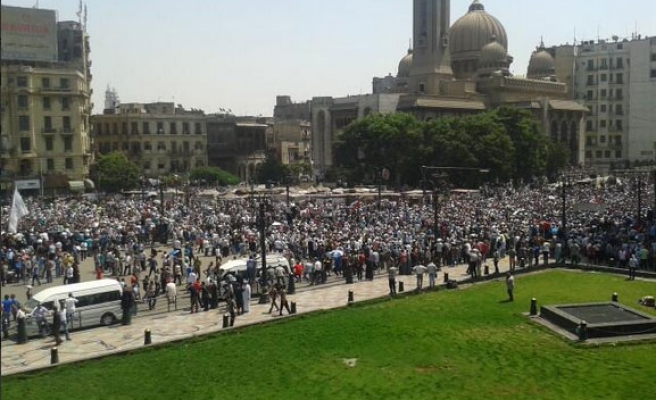 Six pro-Morsi demonstrators, including one woman, were killed when their rally came under fire in the canal city of Ismailia.

A pro-Morsi march also came under fire by unidentified gunmen outside Cairo's Al-Azbakiya police station while moving toward Ramses Square in the capital's downtown district.

Morsi supporters were also attacked with teargas in the Nile Delta province of Daqahliya.

Pro-Morsi demonstrators are staging a fresh wave of rallies in several Egyptian cities today to protest Wednesday's violent dispersal of their two main protests sites in Cairo and Giza.

"Our revolution is peaceful; we will continue to mobilize without violence or sabotage," the National Alliance for the Defense of Legitimacy, a pro-Morsi coalition of largely Islamist parties and figures, said in a Friday statement.