At least 65 people have been wounded in clashes between Morsi supporters and residents in al-Arbaein Square in Suez. 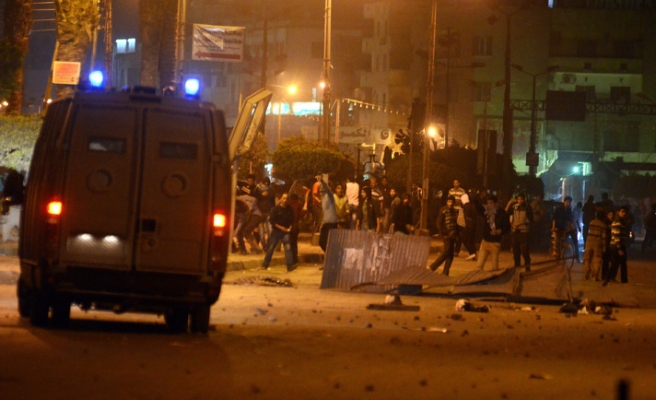 At least 65 people have been wounded in clashes between supporters of ousted president Mohamed Morsi and residents in al-Arbaein Square in Suez, a medical source told Anadolu Agency on Monday.

Eyewitnesses said the clashes erupted immediately after a pro-Morsi march arrived to the square, a local icon of the 2011 revolution, after midnight.

Clashes continued unabated for five hours with a complete absence of security forces, according to the witnesses.

They said street vendors, merchants and area residents were opposed to the presence of the Morsi supporters in their area.

Supporters of the deposed elected president have since been staging mass demonstrations and sit-ins nationwide to defend his democratic legitimacy and demand his reinstatement.