Nearly 300 Morsi supporters have been trapped in the Fath mosque in Cairo since Monday due to thugs threatening them with weapons. 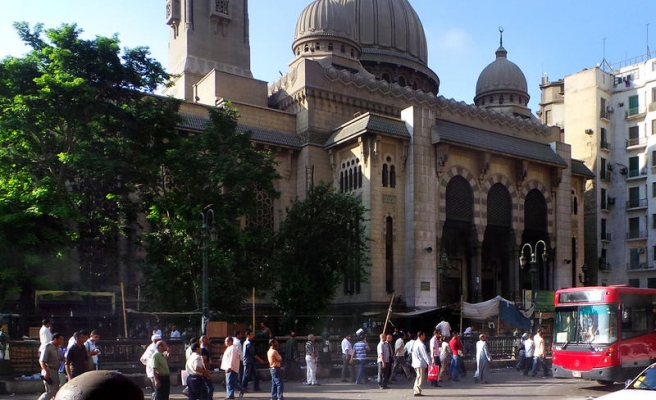 The nearly 300 supporters of ousted President Mohamed Morsi who are still being besieged in Fath Mosque in the Cairo district of Ramses plan to leave in the protection of worshippers after the Zuhr prayers, due at 12:00 p.m. Cairo local time.

They said they planned to open the mosque doors on time for the prayer and then mingle with the worshippers and leave the mosque in their protection.

The supporters have been trapped inside the mosque since Monday evening.

“Some thugs are standing outside wielding weapons and threatening us,” Osama Abu al-Hassan, one of them, told Anadolu Agency over the phone Monday night.

The Morsi loyalists have been communicating with people through the windows of the mosque.

An earlier scenario was for them to emerge under the protection of police and army troops.

“That is a very unlikely option now since there is virtually no presence for army or police forces in the area,” says an AA correspondent at the place.

The supporters took refuge inside the mosque after they were chased by unknown assailants, usually referred to as Baltaji.

Thousands of Morsi loyalists had converged on the vital Ramses square in downtown Cairo to demand his return to office.

Since then, thousands of Morsi loyalists have taken to the streets across the country to defend the deposed president's democratic legitimacy and demand his return to office.