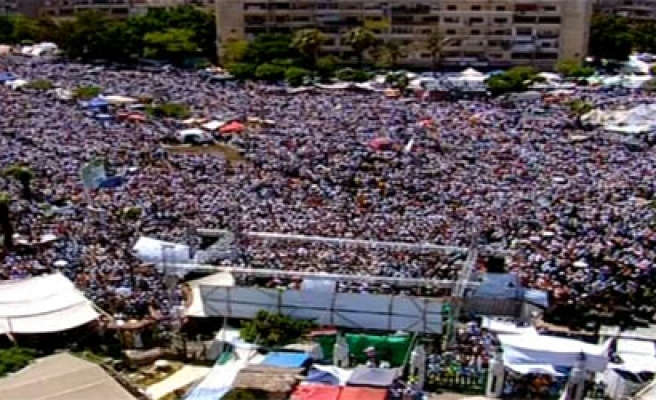 Supporters of the ousted Egyptian President Mohamed Morsi gathered on Sunday in Rabia al-Adewiyya Square in the capital Cairo to insist on the return of the first democratically elected president.

A pro-Morsi coalition has called for massive demonstrations across Egypt to press for Morsi's reinstatement today.

"The Egyptian people are invited to assemble in the squares across Egypt on Sunday to support legitimacy and press for returning Morsi to power," the National Coalition for Supporting Legitimacy said in a statement.

Morsi, Egypt’s first democratically elected president, was removed by the army on Wednesday.