One of the two slain policemen in Sunday's blast in Cairo was a witness in the jailbreak case in which usted Egyptian president Mohamed Morsi is a defendant. 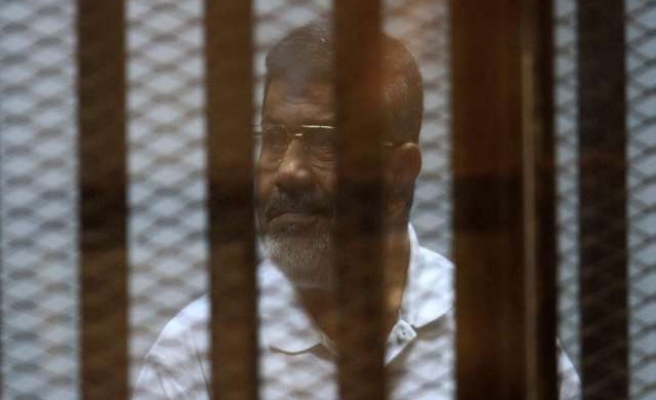 Family of ousted Egyptian president Mohamed Morsi has denounced a Cairo blast that left two policemen – including a witness in a jailbreak case in which Morsi is involved – dead and five others injured on Sunday.

The bomb attack was "unacceptable," Morsi's family said in a statement posted on the social networking website Facebook late on Sunday.

An explosive charge planted on top of a tree near the headquarters of the Foreign Ministry in downtown Cairo was detonated Sunday just meters away from a police checkpoint, leaving two policemen dead and five people injured.

A judicial source told Anadolu Agency earlier that one of the slain policemen, identified as Mahmoud Abu Serie, was a witness in the jailbreak case in which Morsi is a defendant along with 130 other people.

Assistant Interior Minister Abdel-Fattah Osman said in statements to the press that Abu Serie served in Boulak Abul-Ela, the commercial district where the blast took place.

Morsi, among other charges, is accused of breaking jail along with 130 other people during the 2011 popular uprising that led to the downfall of Hosni Mubarak's autocracy of three decades.