State TV is only hundreds of meters away from Tahrir Square where thousands of anti-Morsi protestors are celebrating his ouster. 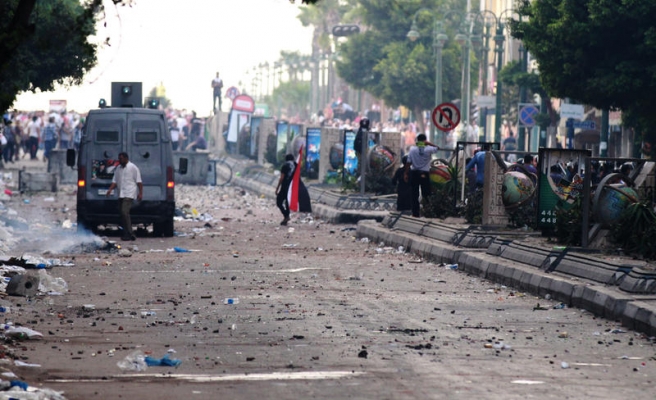 The loyalists are protesting an army roadmap which saw Morsi overthrown and the head of the constitutional court head sworn in as interim president.

Maspero is only hundreds of meters away from the iconic Tahrir Square in downtown Cairo where thousands of anti-Morsi protestors are still celebrating his ouster.