The poll, conducted by the Begin-Sadat Center for Strategic Studies (BESA), found that 71 percent of the Israelis who contributed to the research do not agree with the apology over the Mavi Marmara flotilla incident in 2010 when Israeli forces killed 9 Turks. 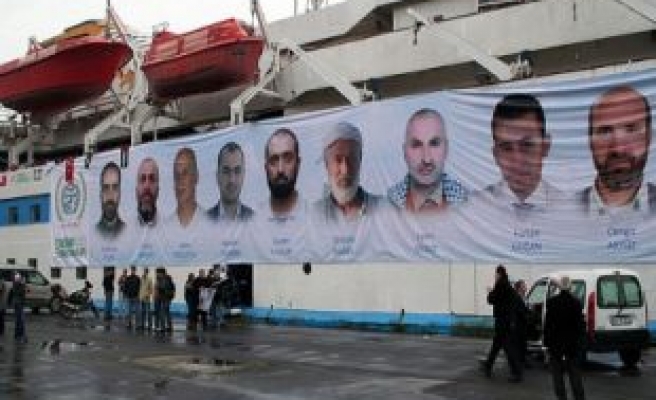 The majority of Israelis believe that an apology offered to Turkey by Israeli Prime Minister Benjamin Netanyahu over the Mavi Marmara flotilla incident in 2010, during which nine activists were killed by Israeli naval commandoes, was unjustified, a poll commissioned by a Tel Aviv-based think tank has found.

The poll, conducted by the Begin-Sadat Center for Strategic Studies (BESA), found that 71 percent of the Israelis who contributed to the research do not agree with the apology, one of the three conditions Ankara put forward to advance the normalization of ties with the Jewish state. Only 29 percent believe the apology was “justified.”

On March 22 Netanyahu offered a formal apology and promised compensation for families of the victims and those injured during the Israeli raid on the Mavi Marmara during a telephone conversation with Prime Minister Recep Tayyip Erdoğan in what appeared to be a peace initiative brokered by US President Barack Obama, who was on a visit to Israel. Turkey put forward the lifting of the blockade on Gaza, compensation for the families of the Mavi Marmara victims and a formal apology as conditions for reconciliation with the country.

Details of the poll, extensively covered by The Jerusalem Post, also revealed that more Israeli Arabs than Jews think that “anti-Semitism and hatred of Jews” are the main motives behind Prime Minister Recep Tayyip Erdoğan's stance towards the Jewish state. A majority of respondents believe that one of the most important reasons behind Erdoğan's position towards Israel is Turkey's standing in the Middle East.

The poll finds that strained ties have also affected the vacation plans of Israelis; 85 percent of respondents think that it is highly unlikely that they will go on holiday to Turkey in the near future.

The BESA poll was conducted over the telephone between June 16-19 with 605 participants aged 18 and over.

The results of the poll were first revealed by Efraim Inbar, an Israeli analyst working for BESA, during a round table discussion on Turkish-Israeli relations in İstanbul last Tuesday. Speaking during the discussion, Inbar accused Ankara of gaining popularity in the Arab world by “bashing” Israel.