Fatima Khan, the mother of British doctor Abbas Khan who died in a Syrian jail, says the Syrian regime should be toppled and punished. 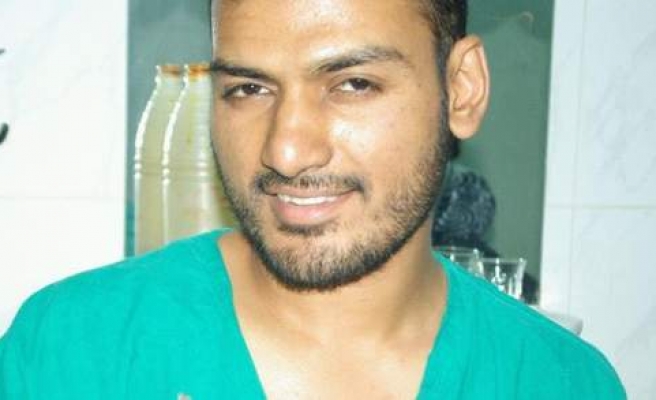 Fatima Khan, the mother of British doctor Abbas Khan who died in a Syrian jail, confronted the delegation from Bashar al-Assad’s government at the Geneva II peace talks on Thursday.
Khan, a 32-year old orthopedic doctor, was captured by the Assad regime after heading to Syria in November 2012 to help injured victims during the civil war. The doctor was held in a prison in Damascus for 13 months.

Fatima Khan told reporters at the UN Geneva office on Thursday that the Syrian regime should be toppled and punished. “I am calling on the whole world to get rid of Assad, otherwise more people will be killed,” she said.

Regarding her son’s death, Khan said that Buseyna Shaaban, adviser to President Bashar al-Assad, claims that she doesn’t know anything about the incident.

“Shaaban tells lies just as the regime does. I have nothing to do with the opposition side or the government. I am just crying for my son,” said Khan.
“To them, it was so easy to kill my son. On one Friday afternoon, the Syrian security forces took my son from his jail and killed him,” she added.

After Khan's death, the Syrian Deputy Foreign Minister Faisal Mekdad claimed that Khan committed suicide and used his pajamas to hang himself. However, Khan's family stressed that Khan was murdered.

Following reports of Khan's death, British Foreign Office Minister in charge of the Middle East, Hugh Robertson said that they were seeking urgent clarification about what had happened to Khan, and noted that his death was at best extremely suspicious.
Last Mod: 30 Ocak 2014, 17:30
Add Comment