An Egyptian court last week ordered the release of Alaa and Gamal Mubarak pending a retrial. 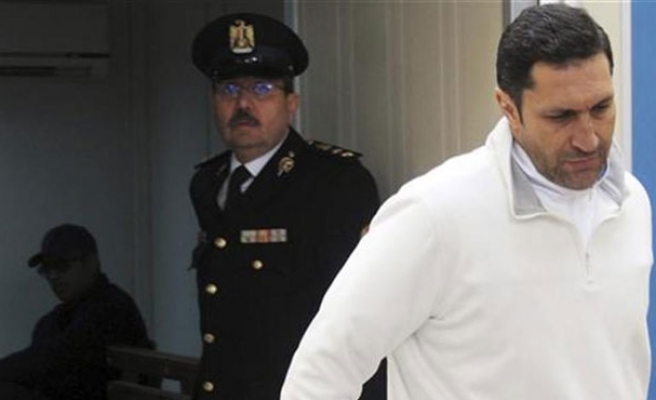 The sons of deposed Egyptian president Hosni Mubarak were released from prison on Monday, security officials said, a move that could fuel tension after the violent anniversary on Sunday of the 2011 uprising that toppled the autocrat.

An Egyptian court last week ordered the release of Alaa and Gamal Mubarak pending their retrial in a corruption case.

Mubarak's sons, big businessmen in his era of crony capitalism, were released at 2 a.m., accompanied by their lawyer and bodyguards, and driven to their home in Cairo's upscale Heliopolis area, security officials said.

Security and medical officials said they had also visited Mubarak in the military hospital where he is still in detention. Judicial sources have said Mubarak could soon be freed pending retrial in a corruption case as the former air force commander currently has no convictions against him.

Elected President Abdel Fattah al-Sisi, the latest man from the military to rule Egypt, has restored a degree of stability but signs of discontent emerged in the run-up to Sunday's anniversary of the start of the uprising.

At least 25 people were killed in anti-government demonstrations. Witnesses say security forces and police fired at protesters. Some called for a new uprising.

In November, an Egyptian court dropped its case against Mubarak over the killing of protesters in the revolt of 2011 which raised hopes of greater freedom and accountability.

Many Egyptians say Mubarak's rule enriched an elite that included his sons but neglected millions of poor in the biggest Arab nation.

Analysts say Mubarak's perceived plans to set up his son Gamal to succeed him alienated the military, which largely turned a blind eye to the protests that helped end his 30 years of iron-fisted rule.

After toppling elected president Mohamed Mursi of the Muslim Brotherhood in 2013, following mass protests against him, then army chief Sisi announced a political road map that he said would lead to democracy.

Mursi's removal was followed by one of the toughest crackdowns in Egypt's history. Security forces killed hundreds of Brotherhood supporters at a Cairo protest camp and arrested thousands of others.

Hundreds of soldiers and police have been killed by Islamist militants since Mursi's ousting.

When liberal activists challenged the government, they too were jailed on charges of violating a law enacted under Sisi's watch that severely restricted protests.