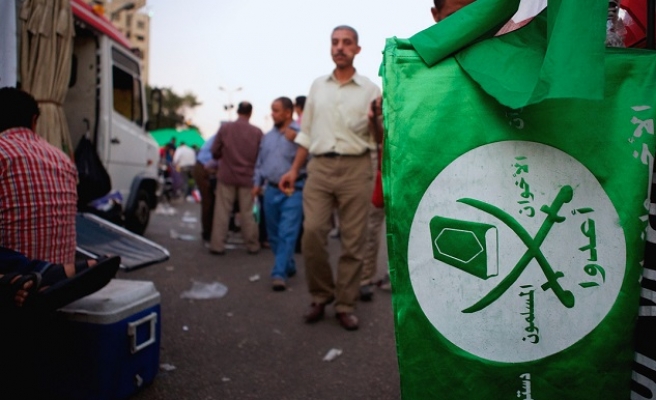 Eighty-eight years have passed since the founding of the Muslim Brotherhood on March 22, 1928 at the hands of Imam Hassan Al-Banna.

Imam Al-Banna believed that "Islam alone is the solution to all the nation's political, economic and social problems," and that "in the Islamic state, every worker will have a job, every needy student a salary, each farmer a piece of land to farm, and every citizen a home and wife, and that all citizens will enjoy a standard of living worthy of dignified human beings," a statement on the anniversary ocassion from the Muslim Brotherhood said.

Today, five years after the beginnings of the Arab Spring, "the nation is facing serious challenges similar to those of yesteryears. There are attempts to crack down on the opposition to the junta regime, including the Muslim Brotherhood. However, free and patriotic men and women of this nation, including the Muslim Brotherhood, are standing steadfast in the face of this mayhem and destruction," the group said.

Various Egyptian authorities have abolished the Muslim Brotherhood three times in 1948, 1954 and 2013, but the group still continues to exist.

In 2011, the group launched a new party called the Freedom and Justice Party, which won 235 of the 498 seats in the Egyptian parliamentary elections, far more than any other party. On July 3, 2013 Mohamed Morsi, first ever democratically elected president, has been toppled by the army. In 2013, Egypt's new junta government declared the Muslim Brotherhood as "terrorist organization" and sezied its property.