Millions of Muslims have arrived in Makkah in Saudi Arabia to perform the sacred ritual of Hajj - a unique display of solidarity and brotherhood. 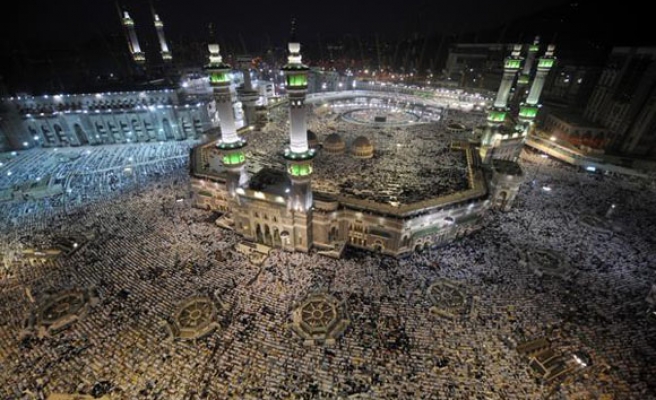 Hundreds of thousands of pilgrims from around the world began moving on Tuesday from the holy city of Mecca to nearby Mina for the start of the hajj.Almost two million people are expected to take part in this year's pilgrimage, undeterred by a crane collapse in Mecca earlier this month that killed 109 people and injured nearly 400 at Islam's holiest site.

"It is a gift from God that He has chosen us to come here," said Walaa Ali, a 35-year-old Egyptian pilgrim with tears in her eyes. "I am so happy to be here."

Nearby, both men and women sat side by side listening to preachers explain the history and rituals of the hajj, one of the world's largest annual gatherings.

This year's hajj begins against a backdrop of increased violence, a surge of the deadly MERS virus and with Saudi Arabia at war in Yemen.

The first day of the hajj is known as Tarwiah Day, when pilgrims traditionally watered their animals and stocked water for their trip to Mount Arafat, about 10 kilometres (six miles) southeast of Mina.

Nowadays pilgrims spend their time there in prayer and reciting the Koran.

The climax of the hajj season is on Arafat Day, which falls on Wednesday.

With the start of the hajj, pilgrims enter the stage of ihram -- a state of purity in which they must not wear perfume, cut their nails, or trim their hair or beards.

Women must wear loose dresses exposing only their faces and hands.

They are following the 1,400-year-old tradition of the Prophet Mohammed.

The hajj is among the five pillars of Islam and every capable Muslim must perform the pilgrimage at least once in their life.

Previously marred by stampedes and fires that killed hundreds, it had been largely incident-free for the past decade after safety improvements.

But on September 11, during severe winds, a construction crane toppled into a courtyard of Mecca's Grand Mosque.

Saudis, Iranians, Nigerians, Malaysians, Indonesians and Indians were among the dead.

Among other challenges facing Saudi authorities this year is potential transmission of the deadly Middle East Respiratory Syndrome coronavirus (MERS-CoV). The capital Riyadh saw a jump in infections last month. But health officials have insisted that so far no MERS infections have been recorded among pilgrims.

Saudi Arabia is the country worst affected by MERS, with 528 deaths since the virus appeared in 2012.

The health ministry has mobilised thousands of health workers to help secure a virus-free pilgrimage.

The Hajj in numbers

According to a report in the The Times, nearly 1.4 million pilgrims from around the world have arrived for the pilgrimage. A total of about two million, including hundreds of thousands from within the kingdom, are expected.

Approximately 100,000 police have been deployed for the the hajj, to maintain safety of pilgrims, and manage traffic and crowds.

The health ministry has brought together 25,000 additional healthcare workers. To care for ill pilgrims it has 5,000 beds, with 500 for intensive care. There are eight "seasonal hospitals" which complement permanent medical facilities.

12 new plasma screens, each more than two metres (yards) wide, will broadcast messages to pilgrims outside the Grand Mosque, the Saudi Gazette reported.

The Grand Mosque is being expanded by roughly 400,000 square metres (4.3-million-square-feet) which is the equivalent of more than 50 football pitches.