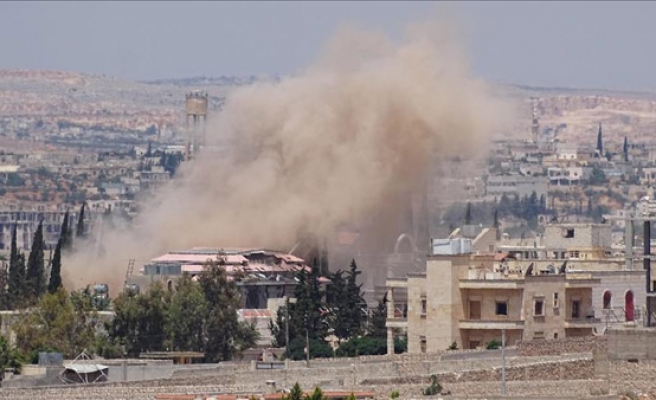 The Doha-based International Union for Muslim Scholars (IUMS) has called for a global “day of anger” on Friday in support of the northern Syrian city of Aleppo, which has been under intense attacks by regime and Russian forces.

More than 400 people have been killed and hundreds injured by Syrian regime and Russian airstrikes on Aleppo since Sept. 19, when the Bashar al-Assad regime ended a week-long cease-fire, according to civil defense officials and medical sources in the city.

The call “aims to show support for Aleppo, which is being exterminated by the fascist Syrian regime and its allies, while the world sit idly by,” IUMS Secretary-General Ali al-Qaradaghi said in a statement on Monday.

He called Muslim preachers to dedicate the coming Friday sermon to show solidarity with the war-battered Aleppo city.

“Scholars should lead for ending injustice and tyranny in Syria and other grieving and destroyed countries,” he said.

The IUMS Secretary-General went on to call on the international community to “stop the policy of double standards and support the Syrian people in their struggle for freedom”.

Syria has been locked in a devastating civil war since 2011, when the Assad regime cracked down on pro-democracy protests – which had erupted as part of the Arab Spring uprisings – with unexpected ferocity.

The Syrian Center for Policy Research, a Beirut-based nongovernmental organization, has put the death toll from the six-year-old conflict at more than 470,000.