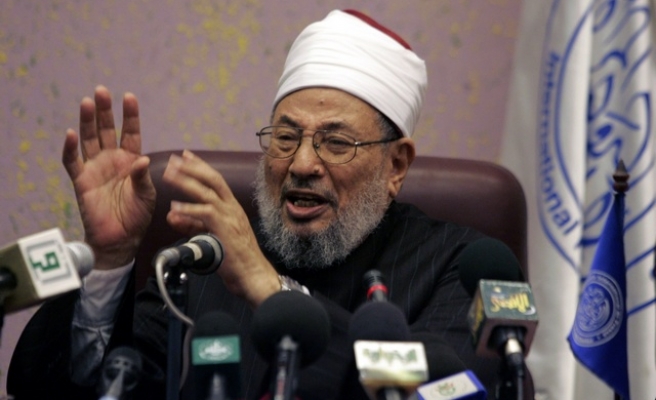 A group of Muslim scholars led by an influential Qatar-based cleric expressed "astonishment" on Monday at being designated a terrorist body by the United Arab Emirates (UAE).

In a statement the International Union of Muslim Scholars urged the UAE to remove it from a list of 85 groups the country's cabinet named on Saturday as terrorist organisations in a drive against what the country termed "terrorist crimes".

The inclusion of the group was "not based on any analysis or investigation, whether legal, logical or rational", said the statement, co-signed by the union's chairman, Egyptian-born Youssef al-Qaradawi.

"The Union expresses its complete and extreme astonishment of its inclusion by the UAE among the terrorists groups and rejects this description completely," said the group, which says it seeks to promote scholarship and awareness of Islam.

Other groups designated in the list included Nusra Front and the ISIL, whose fighters are battling Syrian President Bashar al-Assad, several Shi'ite Muslim militant groups such as the Houthi movement in Yemen, and Egypt's Muslim Brotherhood, with which Qaradawi is closely associated.

The list also includes a number of humanitarian, relief and Muslim community associations in the Arab world and the West.

The union said the UAE list ignored groups engaged in what it called "non-Islamic terrorism" against Muslims, saying this raised questions about the motives behind the designations.

The UAE action mirrors a move by Saudi Arabia in March that was seen as part of a campaign by the kingdom, the UAE and Bahrain to pressure Qatar to reduce its longstanding support for "Islamist" forces around the Middle East.

The U.S.-allied monarchies mistrust the Muslim Brotherhood because its doctrines challenge the principle of dynastic rule.

In a sign that the eight-month rift with Doha may be easing, Saudi Arabia, the UAE and Bahrain agreed on Sunday to return their ambassadors to Qatar.

The announcement by the Gulf Cooperation Council (GCC) followed an emergency meeting in the Saudi capital, Riyadh, to discuss the dispute, which was threatening an annual summit set for Doha, the capital of Qatar, in December.

In an unprecedented move, the three countries in March withdrew their ambassadors from fellow GCC member Qatar, accusing it of undermining their domestic security through its support of the movement, the Muslim Brotherhood.