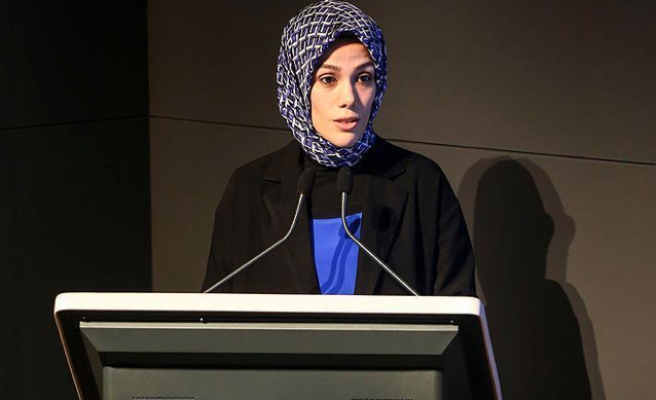 The women’s council of the Organization of Islamic Cooperation (OIC) has joined the chorus of condemnation against U.S. President Donald Trump’s decision to recognize Jerusalem as Israel’s capital.

Chairwoman Esra Albayrak warned that women and children would to “pay the price” for the decision, which will see the U.S. Embassy moved from Tel Aviv to the divided city.

The decision to recognize Jerusalem has raised tensions between Israelis and Palestinians and led to unrest and Israeli airstrikes on the Gaza Strip.

Jerusalem lies at the heart of the Israel-Palestine conflict, with Palestinians hoping that East Jerusalem -- now occupied by Israel -- might serve as the capital of a future Palestinian state.

Albayrak said the implications of Trump’s decision would “sadden” anyone with a conscience.

“This issue is not a matter that can be used irresponsibly as domestic policy material,” she added.

The decision, which is widely opposed by world leaders and goes against UN resolutions, had been imposed on the Palestinian people as a fait accompli, Albayrak said.

“Despite the UN resolutions, the world has watched the quiet but systematic invasion of Palestinian lands for decades,” she said.

Albayrak said that the U.S. President’s “irresponsible remarks” seemed to be an attempt to legitimize the Israeli occupation.