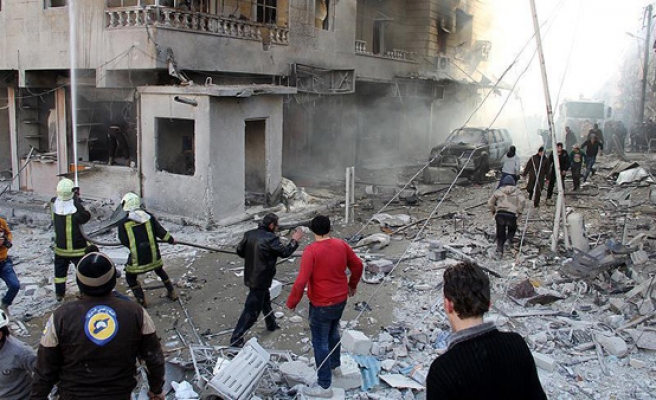 In an interview with Anadolu Agency in Geneva, al-Zubi said there were two North Korean Special Forces battalions fighting for the regime, which, he said, had been "identified as Koreans".

He identified the two battalions are North Korea’s "Chalma 1 and Chalma 7" battalions.

"The first was seen fighting alongside the regime in Jobar," a neighborhood of Damascus, he said.

"When we asked regime sources that we trust, they said they were Koreans… they were identified as Asians; they came to support the regime," al-Zubi added.

"We know there are thousands of North Korean military experts working with the regime in the field of missile-defense and communications," he said.

"Right now, there’s a battalion in Jabal Qassioun [on the outskirts of Damascus], which is called the ‘Korean Battalion’. Every civilian there knows of it; it has existed for more than 10 years," al-Zubi added.

"Coordination… between the [Assad] regime and North Korea, especially in the military field, are not new. It evolved during the Syrian revolution, during which the regime summoned well-trained and special elements from the infantry," he said.

These elements, he said, were "highly trained; they are known as killers and terrorists... We recently discovered that they number more than 300. And I can confirm that the number of [North Korean] experts is more than 2,000 or 3,000. These so-called ‘experts’ are specialized in terrorism and murdering civilians."

"Those in the ‘Chalma 1’ battalion were seen in Jobar conducting combat missions," he said.

With regard to the ongoing Geneva talks and a document recently presented by UN envoy Staffan de Mistura, al-Zubi said: "The document contains some of the points that we as Syrians don’t disagree with -- including the assertion that Syria is a sovereign nation."

He went on to voice hope that the next round of talks, slated to begin on April 9, would be devoted to "practical" issues, unlike the round that just ended.

The last round, he said, "was a theoretical round that lacked effective mechanisms. Nevertheless, it was a positive round."

He added: "We have come here [to Geneva] to find a political solution because we believe in and insist on direct negotiations -- negotiations from which the regime hopes to escape."

"The regime delegation has returned to Syria to buy time under the pretext of elections, which are not legitimate elections. We insist that the second round of talks start at the beginning of April -- there is no need to delay," he asserted.

He added: "We remain optimistic because the revolution belongs to the Syrian people, who have made many sacrifices. We trust in God, in our people and in the ability of our fighters and politicians -- all of whom seek a political solution."

On Thursday, talks in Geneva wrapped up with de Mistura presenting a list of principles that should be embraced by all parties. The paper was presented to both delegations for approval, while it was also announced that the next round of talks would be held from April 9 to 11.

At a press conference held Friday at UN headquarters, de Mistura said his team had included 12 points on its list of principles after hearing from the different parties involved in the talks.