It was the first public appearance since September last year by Nasrallah. 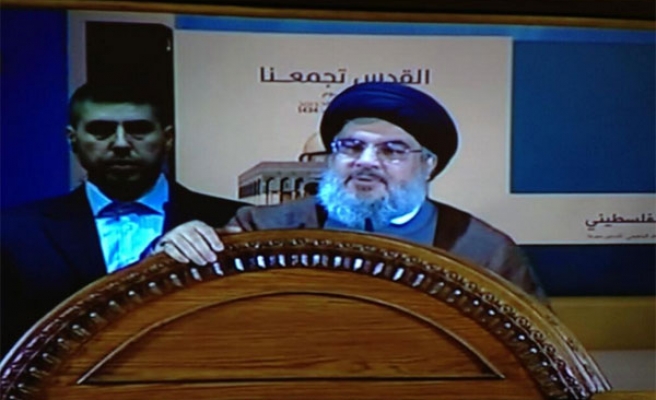 Hezbollah leader Sayyed Hassan Nasrallah gave a rare public address on Friday, delivering a speech in south Beirut to hundreds of supporters in support of Palestinians.

It was the first public appearance since September last year by Nasrallah, who has lived in hiding, for fear of assassination, since Hezbollah fought a month-long war with Israel in 2006.

"Israel poses a danger on all people of this region...including Lebanon, and removing it is a Lebanese national interest," Nasrallah said.