'We have seen encouraging signs that the ceasefire is largely holding, but at the same time we have seen some reports about violations,' Jens Stoltenberg says 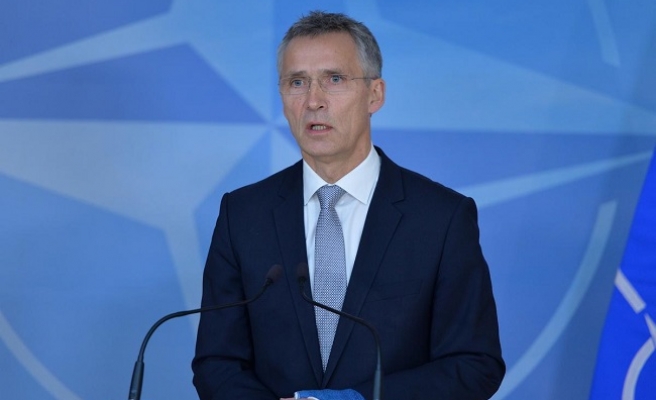 NATO Secretary General Jens Stoltenberg expressed concern over reports of violations of a three-day-old ceasefire in Syria on Monday and urged all parties to respect the truce.

"We have seen encouraging signs that the ceasefire is largely holding, but at the same time we have seen some reports about violations," Stoltenberg told a press conference in Kuwait City.

"Of course, that is of concern because it is important that all sides should respect the agreement," which is the best way to renew efforts for a political solution to the devastating five-year conflict, he said.

The ceasefire deal was brokered by Moscow and Washington and took effect at midnight on Friday. It entered its third day largely intact on Monday despite accusations of violations from both sides.

Stoltenberg said NATO was also concerned about Russia's military buildup in Syria, where it has carried out a five-month bombing campaign in support of President Bashar al-Assad.

"We are concerned about the Russian military buildup we have seen in Syria," whether it is military or air force, he said.

The NATO chief said Russian air strikes had "mainly targeted" the Syrian opposition forces rather than the ISIL group, which has been targeted by a US-led coalition.

He said the Western alliance had no plans to send ground troops to Syria as part of the campaign against the extremists.