'Factions of the Free Syrian Army and the armed opposition agree to respect a temporary truce... for two weeks,' opposition's umbrella group says 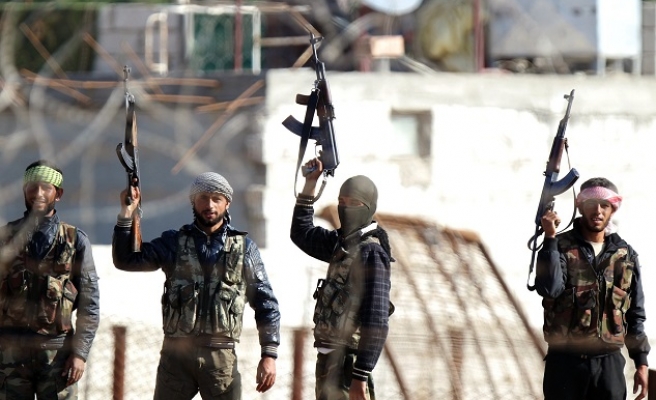 Nearly 100 opposition factions in Syria agreed Friday to abide by a Russian-U.S. ceasefire for two weeks, hours before it was due to come into force, the country's top opposition grouping said.

"Factions of the Free Syrian Army and the armed opposition agree to respect a temporary truce... for two weeks," the High Negotiations Committee (HNC) said in a statement, referring to "97 factions from the opposition".

The ceasefire between President Bashar al-Assad's regime and the opposition is due to take effect at 2200 GMT on Friday.

The Riyadh-based HNC said it has formed a military committee headed by its chief Riad Hijab to "follow up and coordinate" on implementation of the ceasefire.

It is committed to "a transition process in Syria, starting with a transitional authority with all executive powers and no place for Bashar al-Assad and his clique", the statement said.